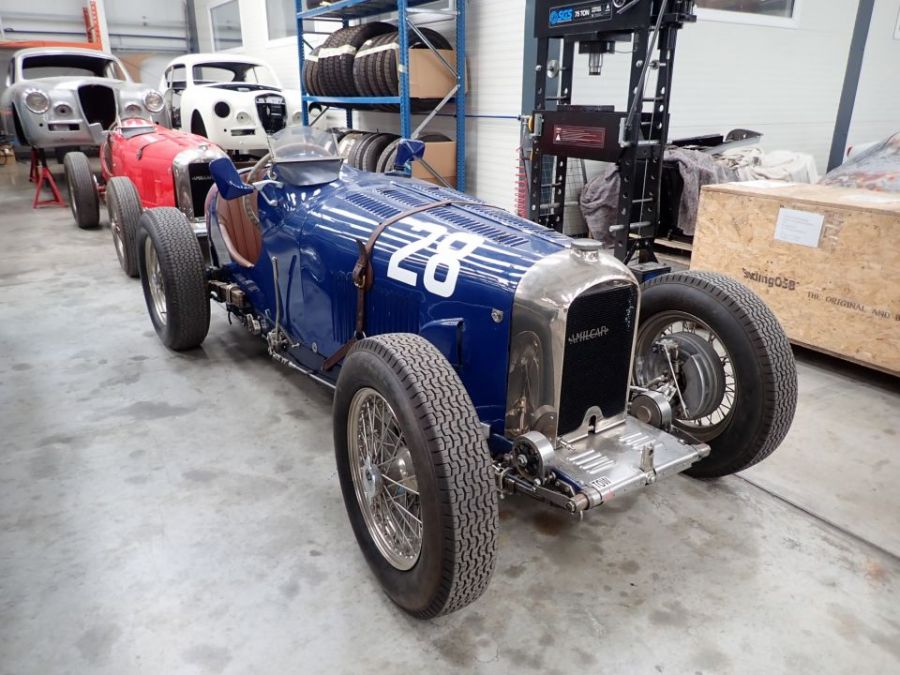 Chassis number 11032 was a complete car when discovered by a Swiss journalist, Mr Heinz-Ulrich Wiesselmann, in East Berlin. Together with a spare chassis, 11023, the Amilcar was eventually smuggled out bit by bit into Switzerland. Both were purchased by a Mr and Mrs Frost of Florida, USA, who restored 11032 and sold the spare chassis 11023 to Desmond Peacock in the UK. 11023 was later rebuilt as a complete car and featured in The Automobile (January 1997 edition).

Maurice Frost ran 11032 for some time as a road car having fitted an accumulator box and starter motor. After some years the engine block cracked and a repair proved impossible, so Frost sold the Amilcar to a small motor museum. 11032 was later purchased from the museum by a British motor dealer, Mr Dan Margulies, who sold it on to a German client called Zinkle. Mr Zinkle delivered the car to Tomkins Engineering in Essex for rebuilding, and a subsequent deal involved Tomkins taking the Amilcar into stock.

Bob Graves purchased the partially rebuilt car from Tomkins in 1982 as a complete car with matching part numbers except for the rear axle. Amilcar manufactured cars from kits of components, all stamped with the same number as the engine, though the chassis were never stamped during the 1920s. A serial number comprising the engine number with the first two digits substituted for ’11’ would then be allocated to each completed car. However, this C6’s obviously very original body had no trace of any number, so it must have been on a plaque. This car would have been 11032.

The car has since been inherited by Bob Graves’ son, Tor Graves.