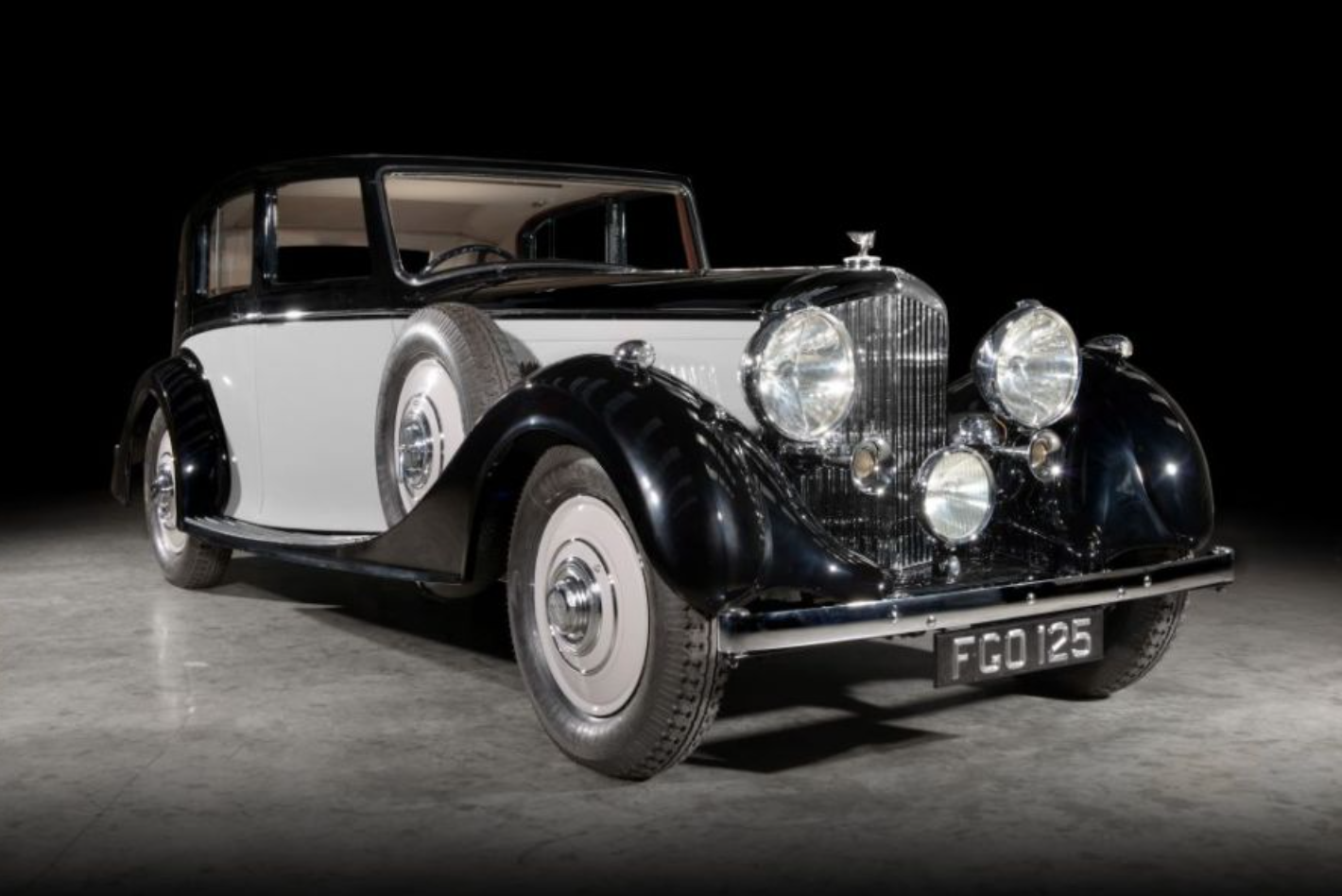 The Bentley 3½ Litre (later enlarged to 4¼ Litre) was presented to the public in September 1933, shortly after the death of Henry Royce, and was the first new Bentley model following Rolls-Royce’s acquisition of the Bentley brand in 1931.

Bentley sold only the drivable bare rolling chassis with engine and gearbox, scuttle and radiator, ready for coachbuilders to construct on it a body to the buyer’s requirements. Many distributors ordered their preferred bodies as showroom stock to enable them to stock finished cars ready for immediate sale.

Bentleys of this era are known as Derby Bentleys because they were built in the Rolls-Royce factory located in Derby, England. Those of Bentley’s previous independent era are Cricklewood Bentleys.

Chassis series A to F were 3½ Litre cars; G to L (excluding I) were 4¼ Litres, and the M series was the 4¼ Litre Overdrive chassis. Each series consisted of 100 chassis numbers, either odd or even. The numbers 13 and 113 in each series were not used, to avoid upsetting superstitious customers.

Records indicate that Jack Barclay ordered a small run of ‘Pillarless’ saloons to be bodied by Park Ward, incorporating a gentle razor-edged styling. Whereas some of these were steel-bodied, this example is all-aluminium.

Unfortunately, the ravages of time had caused major corrosion problems to the aluminium, and also the ash frame. The brave owner agreed to the construction of a new frame made to exacting standards, and the majority of the body panels have also been remade by hand.

We have rebuilt all the engine, gearbox, and all the sub-assemblies, and the car is being painted in two tone black and grey. Correct 18′ wheels have been made and new leather chosen.

The car had its first public outing after restoration at the Rolls-Royce Enthusiasts’ Club prestige event, the Rockingham Castle Concours in June 2014 where it won first in class!

In 2015, it won all the major prizes at the Bentley Drivers’ Club 69th Summer Rally and Concours d’Elegance,  including ‘Best in Class’ and the W O Bentley Memorial Fund Trophy for overall ‘Best in Show’ in all concours classes, much to our enormous delight!