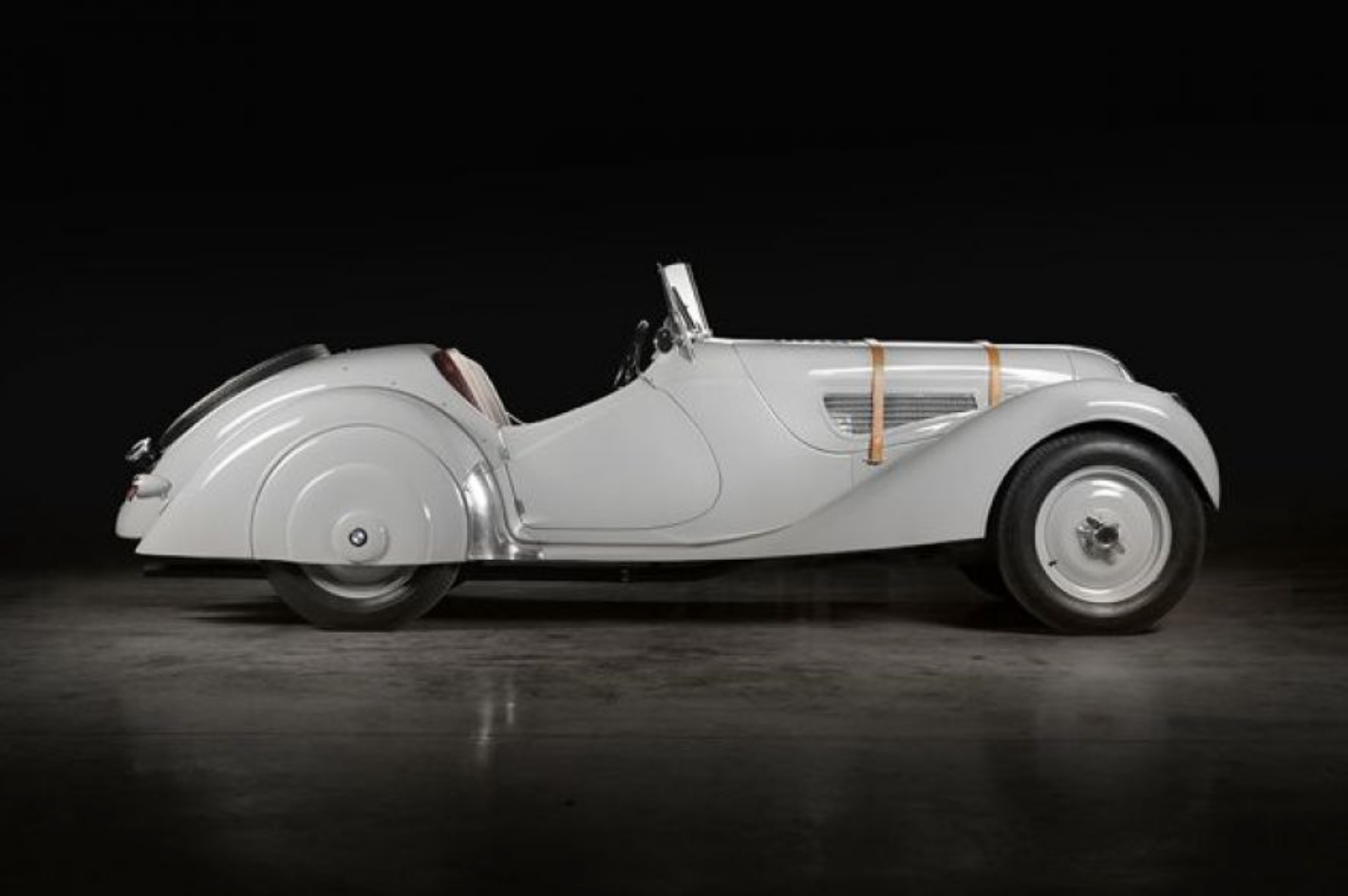 This BMW 328 arrived with us as an unrestored rolling chassis, although with mostly new body frame and panels. Our general brief was to finish the project to the highest standards. As well as the general restoration and assembly of the car we were also tasked with sorting out some existing problems with the car.

Our first job was to complete the fabrication of two rear wheel spats and make modifications to the seat backs. From here we made adjustments to the fit and finish of the various panels until we where happy with all the gaps (barring the bonnet, this is cut in later, once the body is back on the chassis for the final time).

After this dry fit we disassembled the car, removing all of the panels and the body tub from the chassis. Following this (due to a prior arrangement made by the client’s agent) the rolling chassis was sent elsewhere for restoration and assembly. In the meantime we prepped and fully repainted the body using a period-correct grey paint colour and a correct paint type.

Once the rolling chassis was back in our workshops we started the assembly of the car. Firstly we mounted the body on to the chassis with insulating material between the two. Next we hung the doors so that adjustments could be made to gain the correct gaps.

We then arranged for the car to go for trimming at Pritchard’s near Yate. They did a marvellous job. When the car returned we fitted the front cowl and the front and rear wings – the join between the wings and body broken by a suitable coloured piping.

We were then able to cut the bonnet into place after which it received the same preparation and paint as the rest of the car. At this stage we made a new wiring loom for the car in period correct colours with a few additions including a master cut-off switch, a charging socket and a 12v outlet for phone charging etc.

We then called our friend and colleague Dave Tyler in to fabricate a correct pattern exhaust from original drawings loaned to us by BMW guru John Giles.  After the exhaust was fabricated we were able to modify all of the under trays to either clear the exhaust or reroute certain brake and chassis lubrication lines to their correct location. We also repainted the wheels in the grey of the body and fitted new Avon tires.

There then followed the detailing of the car. After receiving the auxiliary gauges from specialist restorer Patrick Henry we reassembled the dashboard and various operating controls for the engine.  All of the lamp units were installed, tested and adjusted.

At this stage the car was fully cleaned and prepared prior to a presentation to the owner during a rare visit to the UK. The presentation included the owner’s agent, Mike Gibbs as well as John Muschamp, chairman of  BMW Historic Motor Club in the UK, and John Giles. The owner had not seen the car for over 15 years, and was clearly quite overwhelmed to see it in such wonderful condition.

Since then we have finished the car including final detailing, and have been asked to store and maintain the car for use during the owner’s visits to the UK.