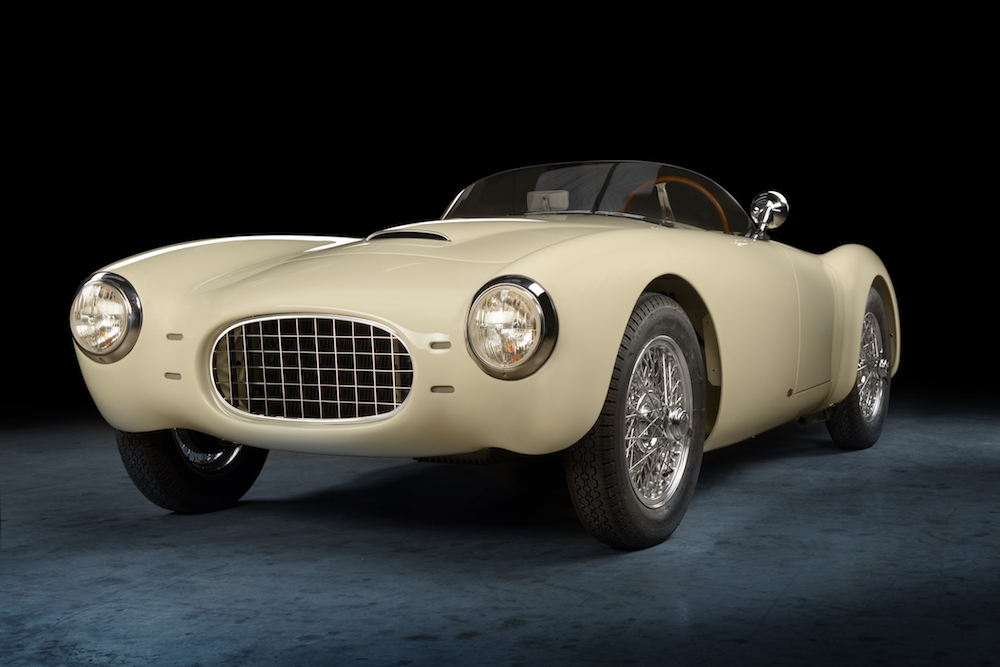 Chassis: 205064S – Designed by Giovanni Michelotti and built by GilCo

With lines penned by Giovanni Michelotti and a lightweight aluminium body produced by Carrozzeria Motto of Turin, this unique barchetta was destined for class G competition in SCCA races during the mid 1950s.

The tubular Gilco chassis was fitted with its body in the Motto workshop in 1954 and sent over to the USA for final assembly by its owner and well known SCCA racer, Max Goldman. The car was fitted with a highly tuned Fiat 1100 engine which was provided by Paul Farago.

Max Goldman displayed the car in the Henry Ford Museum’s “Sports Cars in Review” show in 1956 after which the car was taken off the road, partially disassembled and has been in storage until recently.

Purchased in 2011 by its current owner, it was repatriated to the UK where Thornley Kelham have carried out an authentic and complete restoration.

The Goldmanini presented a very exciting challenge as, not only did it arrive in our workshops as a partially disassembled project. It also required a complete and full restoration to top concours standard. Seeing the car for the first time, it was very evident that a lot of time and effort would be required to fully research the car’s original specification and restore it to the very highest standards which the discerning customer expected.

Existing historical photos were an invaluable resource for providing the level of detail required to faithfully restore the car, and replace parts that would have been on the car originally.

Details of the Restoration Work

An enormous amount of time, effort and skill have gone into restoring this wonderful car to the very high specification it deserves. The customer’s vision and passion, coupled with the skills and dedication of the Thornley Kelham team, have succeeded in returning what was once a neglected project into the incredibly beautiful and cherished sports car that it is today.

It was officially presented to the public again at the 2015 Salon Prive’ Concours d’Elegance held at Blenheim Palace, where it won the award for ‘Most Sensitive Restoration’, a remarkable achievement. A huge ‘thank you’ to all the team at Thornley Kelham for their untiring dedication and long hours, and a massive ‘thank you’ to the car’s owner, who had the faith and the vision to entrust us with restoring this gorgeous car.