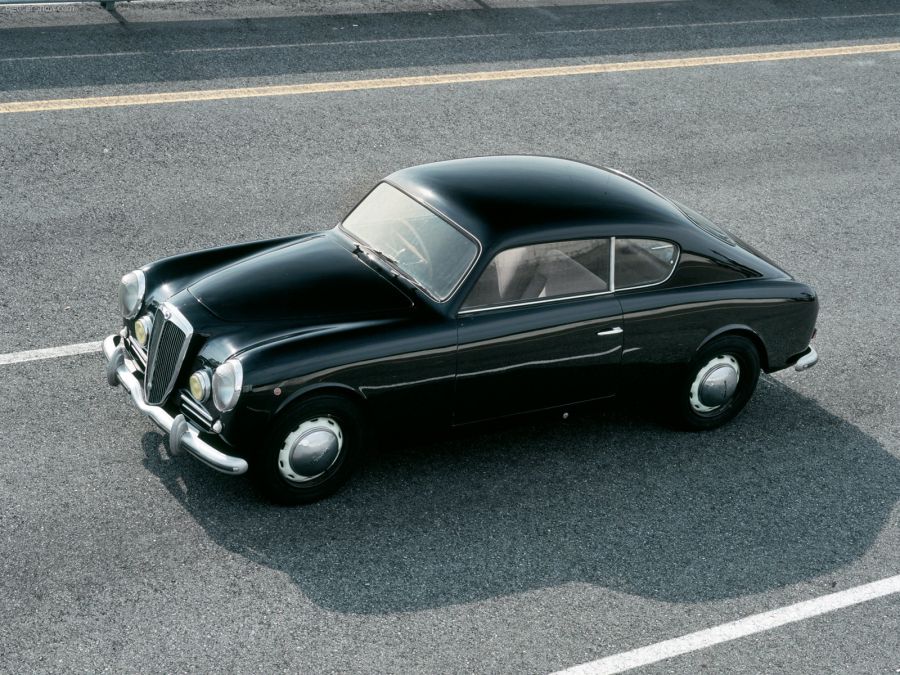 That was the request from a new client who had purchased a Series II Aurelia from Mexico following a lead from Simon. Having been in Mexico its whole life, we reasoned that the car would be sound. Photos indicated that there were a number of incorrect parts on the car, and that at some point a poor repaint and retrim had been undertaken, but there seemed little to indicate that a 4-5 month turnaround on the works could be a problem.

The history of the car is fascinating. The car was imported from Italy in 1953 by its first owner Mr Chancellor, a famous and wealthy business man of Mexico City. He lived in a grand colonial house in the area of Mixcoac that is today part of the Mexican University and was married to Mrs Teresa Cunn.

During a social event that took place in November 1952 at a jockey club in Mexico City during the Carrera Panamericana, Mrs Teresa Cunn was introduced to the personalities of the race – Luigi Villoresi, Alberto Ascari, Luigi Chinetti as well as  Giovanni Bracco. Being a rather intrepid woman for the day, (and very interested in racing), Mrs Cunn was keen to participate in the Carrera Panamericana herself, and convinced her husband to buy and import a Lancia Aurelia like Bracco’s. It was, in fact, with Giovanni Bracco’s help that she was able to acquire her own B20GT directly from the factory. And so a Series II Aurelia was ordered in 1953 at the Lancia factory with Nardi steering wheel and two carburettor Nardi set up (just like Bracco’s).

For reasons unknown, Mrs Cunn subsequently gave up on her plans and never participated in the race. In the years that followed, she drove the car for leisure only.

Years later, the car was sold to Mr Alberto Amezcua Raz, who kept it for a very long time then started a restoration which was never completed. The car remained dissassembled and packed in boxes in dry storage for many years.

It was Mr Ignacio Rodriguez from Mexico City who subsequently bought the car and carried out its restoration. Ignacio was a great man and avid Lancista and, in fact, was one of the founder members of the Club Lancia Mexico A.C. and later participated in the 2001 Carrera Panamericana sporting the number 501. He also wrote a comprehensive book compiling all the details of the five Carrera Panamericana races.

The car was very sound and the body had survived virtually perfectly with no rust, and had been kept in storage for many years. Unfortunately whilst partially disassembled, moisture had got into the sills and the doors, and parts of the interior metalwork were missing.

Once again, our Aurelia knowledge and experience were called into action, and soon the car had new sills, new door skins, repaired door frames, new headlamp bowls and various parts re-manufactured. It was then handed over to the paint team for a cellulose black repaint (the original colour) whilst our trimmer restored the interior in the correct ‘nocciola’ combination of vinyl and cloth. Oh, and of course there is the complete engine and transaxle rebuild and conversion from column to floor gear change….

Following a complete and very sympathetic restoration, the car is now complete and successfully completed the 2015 Mille Miglia, supported by a Thornley Kelham Motorsport crew.