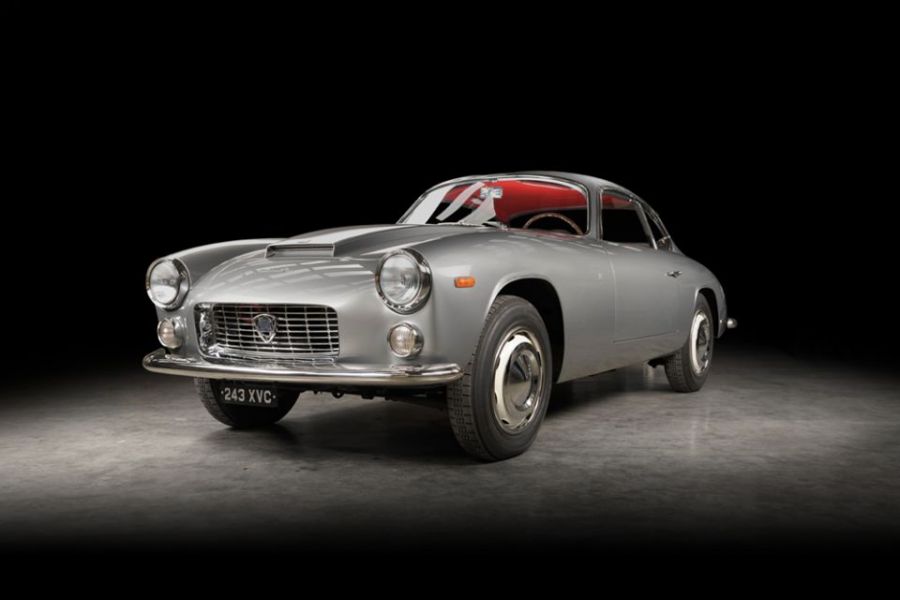 For nearly 20 years from 1950 onwards, Lancia continued their tradition of innovation and engineering excellence, and were arguably at the height of their powers in car design. The Aurelia B20GT, featuring the world’s first production V6 engine, was loved by both racers and wealthy industrialists.

The Flaminia that succeeded it was a further development of the front-engined V6, rear transaxle theme. Bodied in four distinct styles, it was the Zagato variant that delivered the most powerful performance and arguably the most desirable styling. The Lancia Flaminia was in production from 1957 right up to 1970, with over 12,500 cars sold, and it was positioned at the top of the Lancia range. Various models were produced, using coachbuilders including Pininfarina and Touring to produce Saloon, Coupe and Convertible versions.

Much rarer was the coach-built Flaminia Zagato. These were built with light alloy bodies in very small numbers from the early 1959 to 1967 by the Milanese carrozzeria.  Each has the double bubble roofline, made famous by Zagato.  Some refer to it as the “mini 250 SWB”…and with the bumpers removed it certainly has a resemblance.

Production figures for Flaminias are hard to follow, and untangling the various Pininfarina, Touring and Zagato-bodied chassis is not for the faint-hearted, but essentially Zagato made 526 cars on Flaminia chassis as follows:

One of 152 built of the 3C 2.5 litre variant, this car is an early Sport 3C which had been in the same ownership since 1979 when purchased as a true ‘barn find’ by Thornley Kelham from its French owner. Having been stored in a barn for many years, it was subsequently sold to its current owner who asked us to undertake a complete nut and bolt restoration to better-than-new condition, with invoices approaching £240,000 for the works.

Over a period of 2 years, this Flaminia has had a total restoration. All mechanical sub-assemblies have been stripped and completely rebuilt. The car was rewired, fully retrimmed and over 1200 hours spent on painstakingly removing the aluminium skins, repairing the corroded steel chassis and repairing and refitting the Zagato-styled body. Every nut and bolt has been removed, cleaned up, then either reconditioned or replaced and then painted.

It is now a very elegant silver/grey with a red leather interior, and has won several concours prizes since completion.