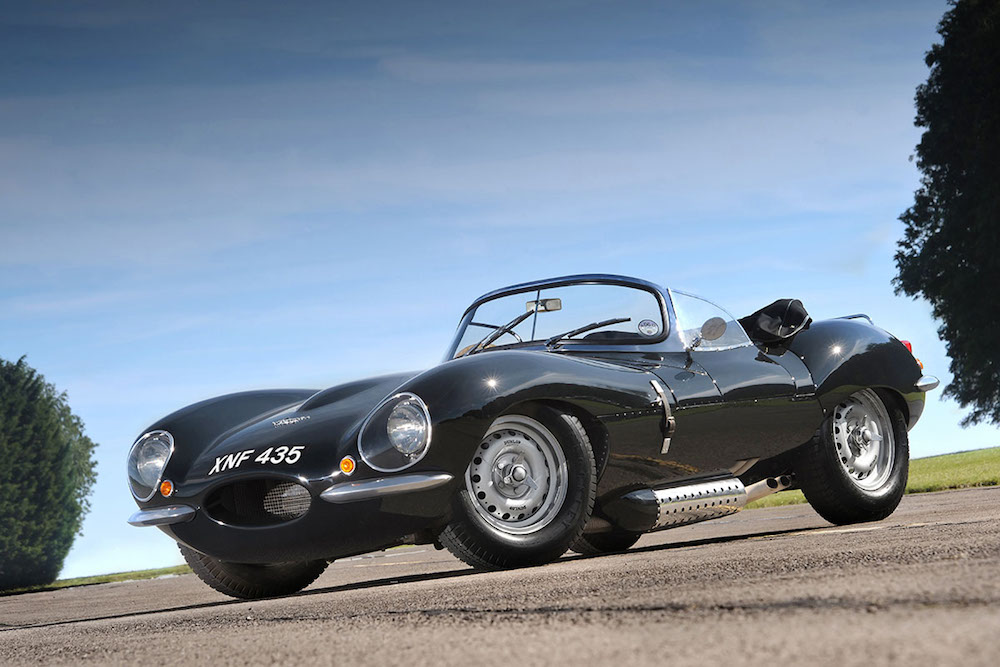 This car was originally built 25 years ago for Dick Skipworth, founder and CEO of Memec, and a renowned Jaguar and Ecurie Ecosse collector.  It was ordered in British Racing Green with a mid-green leather interior.

Subsequently owned by the actor Nicholas Cage in Los Angeles, the car came to us for detailing and some bodywork restoration, with strict instructions from the owner to retain the patina of use built up over the past quarter of a century. Over the years, this car had spent a considerable time in the USA, and had not really been used in recent times.

We received the car following full mechanical re-commissioning by the marque experts at CKL Developments who were involved in the original build at Lynx.  They should be on anyone’s list to visit for top level Jaguar work.

We have carried out a huge amount of cosmetic work, improving the body before carrying out a total bare metal repaint.

We have put just a few images on the site here – frankly it is so beautiful, and so cool, we could have posted 20 or so more…