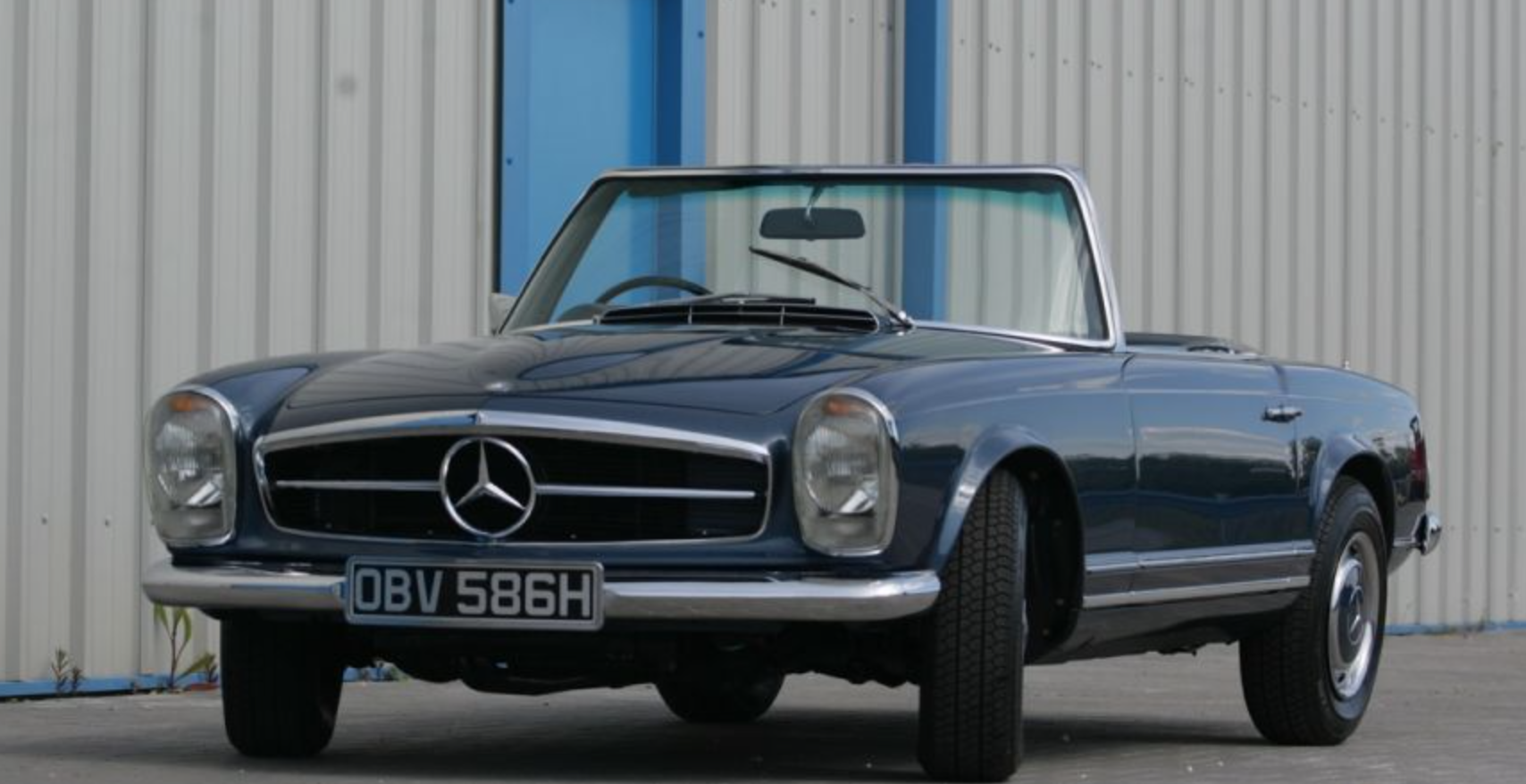 Introduced at the 1963 Geneva Motor Show, almost 49,000 SLs (model designation W113) were sold prior to cessation of production in 1971, with the USA being a key market. The 2.8 litre 280 SL was introduced in December 1967 and continued in production through 23 February 1971, when the W113 was replaced by its successor, the entirely new and substantially heavier 350 SL.  Manual transmission cars came with either a 4-speed, or, through May 1969, the ZF 5-speed. Only 850 W113 SLs were ordered with the ZF 5-speed, which makes this a rare and highly sought-after option today. Of the 23,885 280 SLs produced, more than half were sold in the US.  The engine is a 2778 cc in-line fuel injected 6 cylinder with 170 hp maximum power. The performance improvement over the earlier 230 and 250 models was achieved by increasing the bore by 4.5 mm which stretched the limits of the block, and required pairwise cylinder casts without cooling water passages.

These are much more than just ‘pretty’ cars. They are rugged, reliable and great to drive. The car was delivered to us as an unfinished project, requiring remedial paintwork, rewiring and refitting of various mechanical and trim components, commissioning and running in.