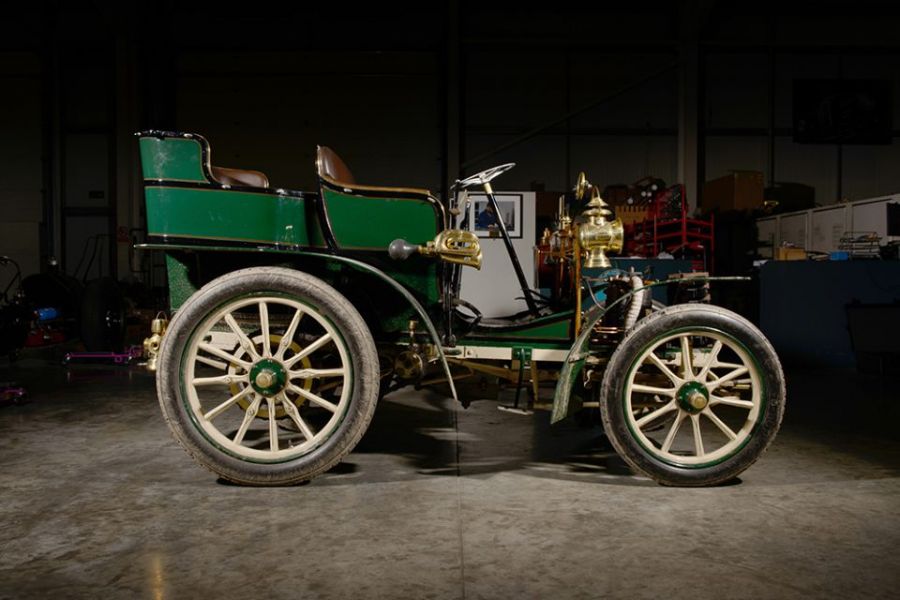 Panhard et Levassor was established in 1887 by René Panhard and Émile Levassor. They built their first car in 1891 based on a license of the Daimler patent. Instead of the rear engine that the first Daimler and Benz cars used, Panhard placed the engine and radiator at the front, with rear driven wheels, and a crude sliding-gear transmission. As such, it was the first FR (front engine – rear wheel drive) car, and that configuration became known as the “Systeme Panhard”. That configuration was later adopted by both Benz and Daimler and is still going strong.

Levassor obtained his licence from Paris lawyer Edouard Sarazin, a friend and representative of Gottlieb Daimler’s interests in France. Following Sarazin’s 1887 death, Daimler commissioned Sarazin’s widow Louise to carry on her late husband’s agency who then married Levassor in 1890. Daimler and Levassor became friends and shared many improvements.

These first vehicles set many modern standards, but each was a one-off design. They used a clutch pedal to operate a chain-driven gearbox. The vehicle also featured a front-mounted radiator. An 1895 Panhard et Levassor is credited with the first modern transmission. For the 1894 Paris-Rouen Rally, Alfred Vacheron equipped his 4 horsepower (3.0 kW; 4.1 PS) with a steering wheel believed to be one of the earliest employments of the principle.

In 1891, the company built its first all-Levassor design a “state of the art” model: the Systeme Panhard consisted of four wheels, a front-mpounted engine with rear wheel drive, and a crude sliding-gear transmission, sold at 3500 francs. It would remain the standard until Cadillac introduced synchromesh in 1928. This was to become the standard layout for automobiles for most of the next century.

In 1895, 1,205 cc (74 cu in) Panhard et Levassors finished first and second in the Paris-Bordeaux-Paris race, one piloted solo by Levassor, for 48¾ hr. Panhards won numerous races from 1895 to 1903 and developed the Panhard Rod or track bar, commonly used on live rear axles and which became used in many other types of automobiles as well.

This lovely example has been completely disassembled, external coach paint work redone, has had a full retrim and refurbishment of the steering wheel. The owner is a keen enthusiast who has taken the car on the London-Brighton Run.