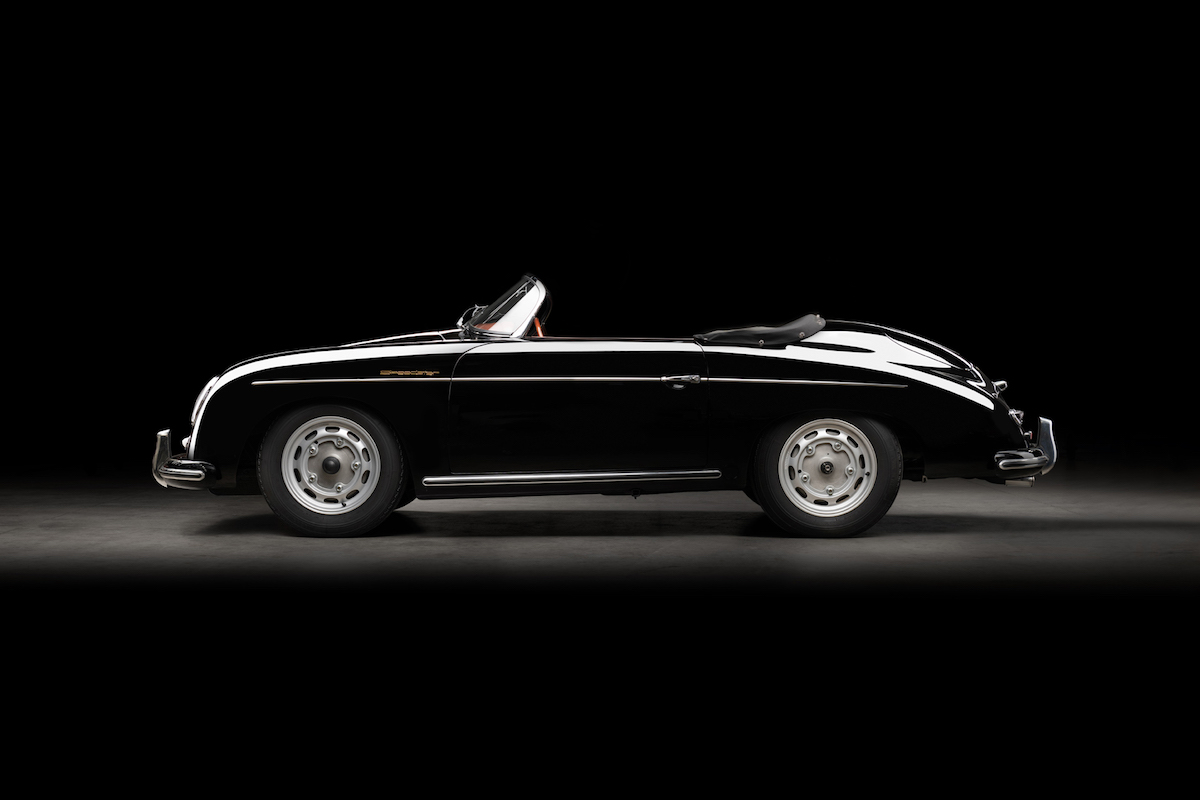 This very late 1955 (MY 1956) Pre A Speedster was actually built after the first 1956 model year production series A cars, in late 1955, and was originally sold by the famed Sonauto dealership in Paris to an Englishman (who specified a MPH speedo). By the end of 1958 the car had found its way to the equally famous Hoffman dealership in the USA. Being a relatively Pre A, early Speedster it retains the desirable details such as the radius of the sill panels, ‘beehive’ rear lamps and an early dashboard arrangement with only two main dials (later cars had three) and a small oil pressure gauge. However, as a “crossover car” it also incorporates some design features of the first A series production cars, such as air vents in the dashboard designed to clear the screen.

The car remained in the USA until early 2018 when it was purchased in New York by Thornley Kelham on behalf of a customer who then instructed us to carry out a full restoration, with the emphasis on correctness, allied to sensible upgrades for modern driving conditions.

The brief with this particular car was to preserve as many of the aesthetic qualities of an early original car as possible, but to upgrade the usability for modern road conditions. There are disadvantages in these early Porsches for today’s driver. As the engine with the Speedster when found was not the original unit, the decision was made to build and install a genuine, later Super 90 engine with larger capacity pistons and uprated crank, rods etc.; all carried out by Prill Porsche. This has been mated with an upgraded original  later gearbox and also, crucially, a later ZF steering box to improve the accuracy of steering and road feel. The car has also been rewired to 12 volts to allow for better lights and more efficient starting.  The interior has been expertly reupholstered in bespoke Connolly leather by O’Rourke Coachtrimmers, and the hubs shod with desirable, lightweight alloy ‘Technomagnesio’ wheels.

At Thornley Kelham the emphasis is on longevity and driveability, thus the car’s underside has been seam sealed and treated with modern primers and anti-stone chip coating, and the body prepared and painted to show standards – over 500 hours’ worth. Final assembly is carried out with the emphasis on detail.

We believe this Pre-A Speedster combines the most desirable styling cues of the early cars with a performance and practicality that will bring its new owner many years of driving and ownership pleasure.