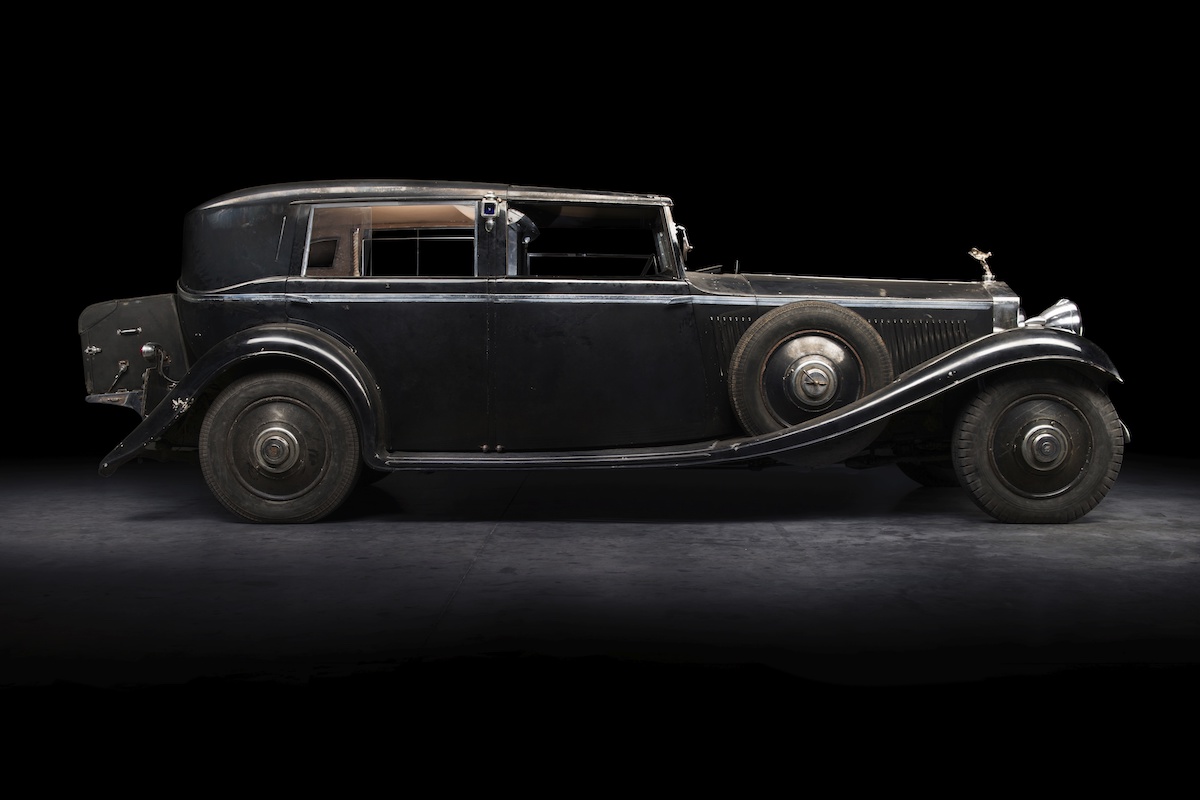 One of the most daunting, ambitious projects we have ever undertaken is this 7year nut-and-bolt restoration of a magnificent Gurney-Nutting bodied Phantom II Continental, requiring an enormous amount of work and substantial enhancements for comfort and convenience.

Once in our workshops and inspected on our ramp, the car had clearly not moved under its own power for a long time (last tax disc: 1992). The engine had seized therefore we couldn’t test any of the mechanical parts, and in turn assumed everything required refurbishment. There was severe corrosion to the cylinder head and blocks, which needed replacing. All the chassis and running gear was very dirty and rusty. All underbonnet tools were present and correct. A few were missing from the interior tool tray, but by and large the car was very complete and original.

The all-aluminium panelwork showed signs of corrosion throughout and there were cracks on the front doors, the corners of the windows and on the door apertures, both where they meet the roof and the rear wheel arches. All this indicated that the ash frame structure was moving – most likely caused by dry joints or rot. Clearly all the aluminium skins would need to be removed. One obvious issue with the original design of the car related to the rear side windows which consisted of a fixed pane and a moving pane. There was a large gap between the two, which needed addressing in order to optimize the planned air-conditioning system.

Following an exhaustive, highly detailed restoration and customisation to exact specifications as requested by our client, this elegant car was exhibited for the first time at the highly presitigious Concours of Elegance at Hampton Court Palace in 2021. In the words of  The Peninsula Hotel who own the car:

“The Peninsula Hotels is pleased to present the exquisite 1935 Rolls-Royce Phantom II Sedanca De-Ville, which has been meticulously restored over seven years by Thornley Kelham Ltd of Gloucestershire. This singularly elegant limousine has been selected and customised to occupy pride of place among the fine motor cars of The Peninsula London’s new automotive fleet. In keeping with The Peninsula Hotel’s time-honoured tradition of glamorous transport, the car will join the company’s global collection of superb, bespoke vehicles – all impeccably appointed to ensure that, from the moment our guests step into their limousine, their Peninsula experience begins.

To ensure safe, modern-day travel, the car has been outfitted with power-assisted steering, an upgraded electrical system and alternator, twin batteries, increased fans for engine cooling, and an electronic ignition. To maximise the comfort of Peninsula passengers, front and rear air-conditioning have been added, along with a modern entertainment system and a small custom-designed refrigerator and cocktail cabinet.

While modernisefd and enhanced to suit both passenger convenience and London traffic, wherever possible the car’s original design aesthetics have been maintained”.

We are delighted that this remarkable car will be enjoyed by so many who will appreciate its beauty, class and modern-day comforts.