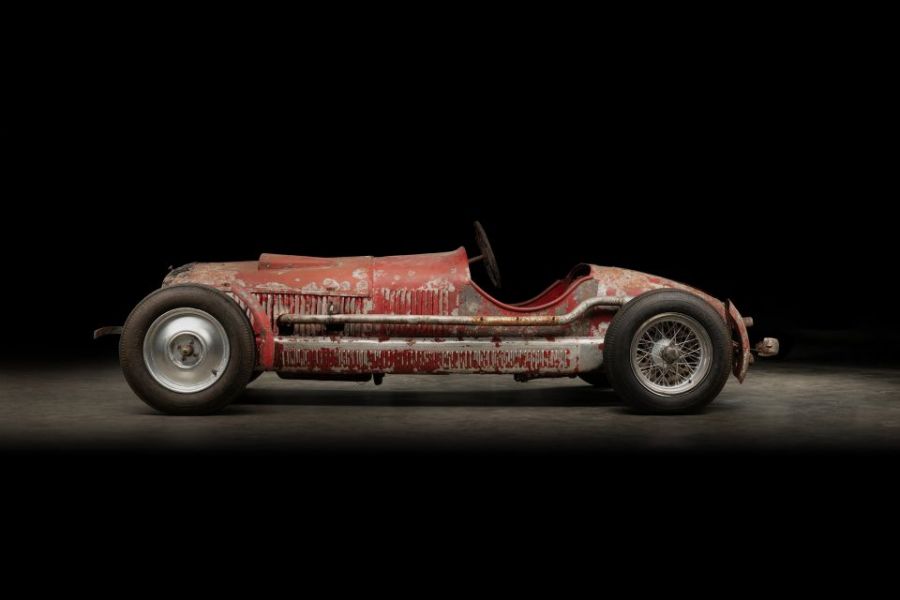 In 1928, the 1500 Sport was presented which was the first Alfa Romeo road car with double overhead camshafts.

In 1929, the more powerful 6C 1750 was introduced in Rome. The car featured a top speed of 95 mph (153 km/h), a chassis designed to flex and undulate over wavy surfaces, as well as sensitive geared-up steering. It was subsequently produced in six series between 1929 and 1933. The base model had a single overhead cam, Super Sport (SS) and Gran Sport (GS) versions had a double overhead cam engine (DOHC). A supercharger was available although not all models had one. Most of the cars were sold as rolling chassis and bodied by coachbuilders such Zagato, Touring as well as 3 examples by james Young.

Paperwork exists to show that this incredibly rare Series 3 was first owned by Benito Mussolini on 13th January, 1930 and driven by him to lead the first Radio Auto-Raduno on the Rome to Ostia section, on 29th April, 1931. In the late 1930s, the car was exported to Asmara, Eritrea during which it is thought to have been considerably altered for racing. The car was one of the few examples bodied by Stabilmenti Farina.

Purchased and shipped here from the US, the car’s new owner has asked us to undertake a full nut and bolt, sympathetic restoration to bring this fascinating car back to life. We are thrilled to be taking on this very exciting project so watch this space!