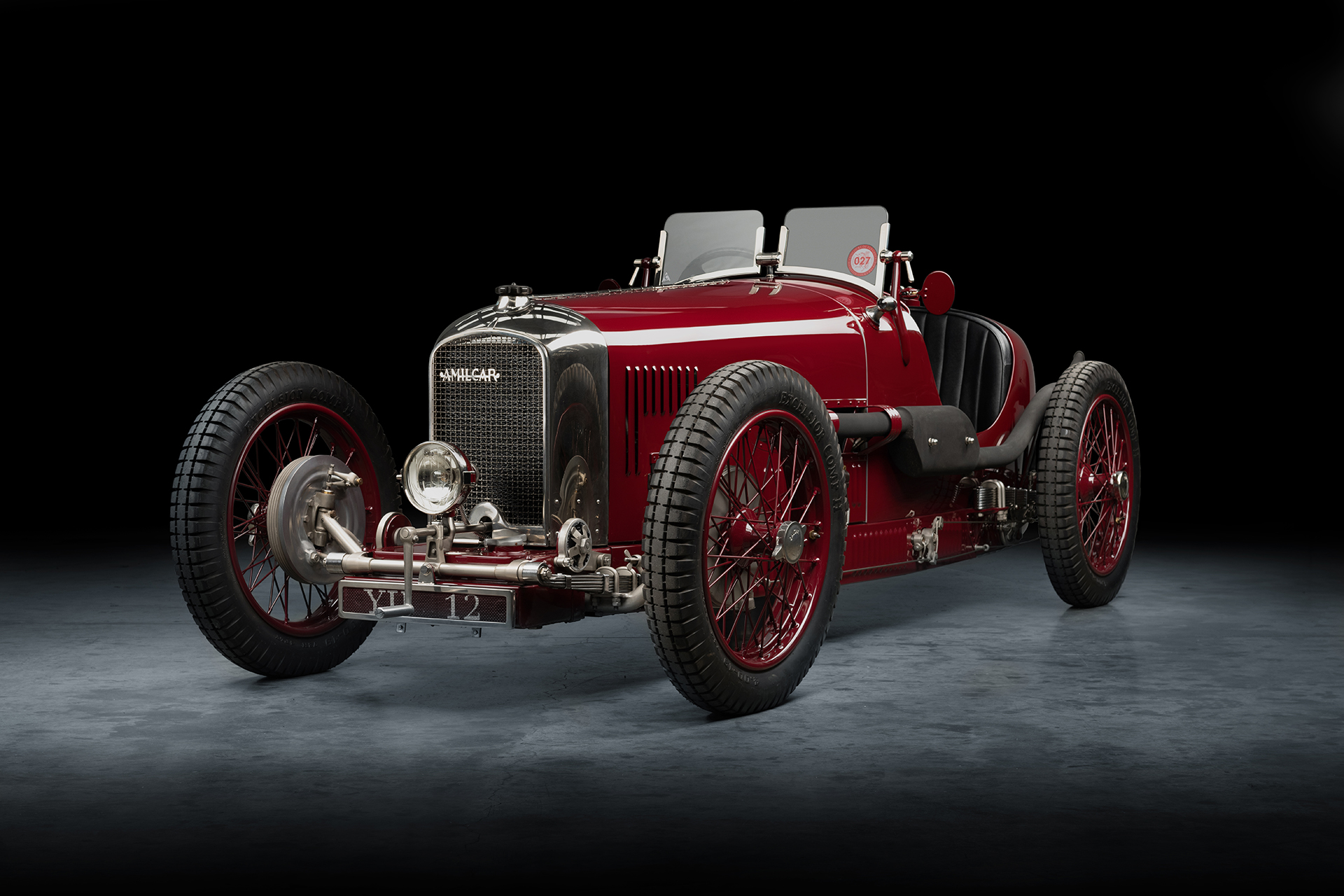 Chassis 11014 was campaigned during the 1920s and early 1930s by Bob Twist and Brian Porter; members of a syndicate of Cambridge University students that included A. S Llewellyn and possibly Maurice Falkner who owned the car on his own at a later stage.

Post-war the car was purchased by the T.N.C. Group – the initials standing for Tozer, Narramore and Clutton. T.N.C. had a team of C6 Amilcars and rather than racing in historic events, modified these pre-war cars and successfully raced them in contemporary events demonstrating the quality of the initial design! Chassis No. 14 featured a lightened drilled chassis, a Wade supercharger and a lightened body, and was raced by Tozer. It was the quickest of the TNC cars on account of the stronger and more modern Wade supercharger.

Although it has been restored back to a more original specification, including a much prettier body than that fitted by the T.N.C. Group, it still retains some of the modified features including the drilled chassis.

The more modern Wade supercharger has not been re-fitted as it would render the car ineligible for a number of the historic events the owner hopes to participate in. It has instead been fitted with a correct, twin-rotor, Amilcar supercharger that has been machined in-house and features stronger casings and a higher boost pressure.

We also carried out the engine rebuild, clutch assembly, ancillaries and instruments, and the paintwork, as well as the overall assembly and commissioning of this super-special car.

Following its completion, it was presented at the Hampton Court Concours of Elegance and appeared in The Automobile Feb 2015