It’s a privilege for our restoration work to have been displayed all over the world at many of the top concours d’elegance events. We’re humbled to have been complimented on the quality and attention-to-detail of our restorations by world-leading experts and flagship global media titles. As you’ll see below, we’re also thrilled to have won a number of major awards but what’s most important to us is how our customers regard our work. And we’re pleased to say they love it, too.

Our restoration of a rare Bizzarrini 5300 GT left no stone unturned, starting with the complete disassembly of the car in the workshop. Cars of this type of construction – alloy skins over a steel frame – take around 4000 to 4500 hours to restore, spread over a period of between 18 and 24 months. 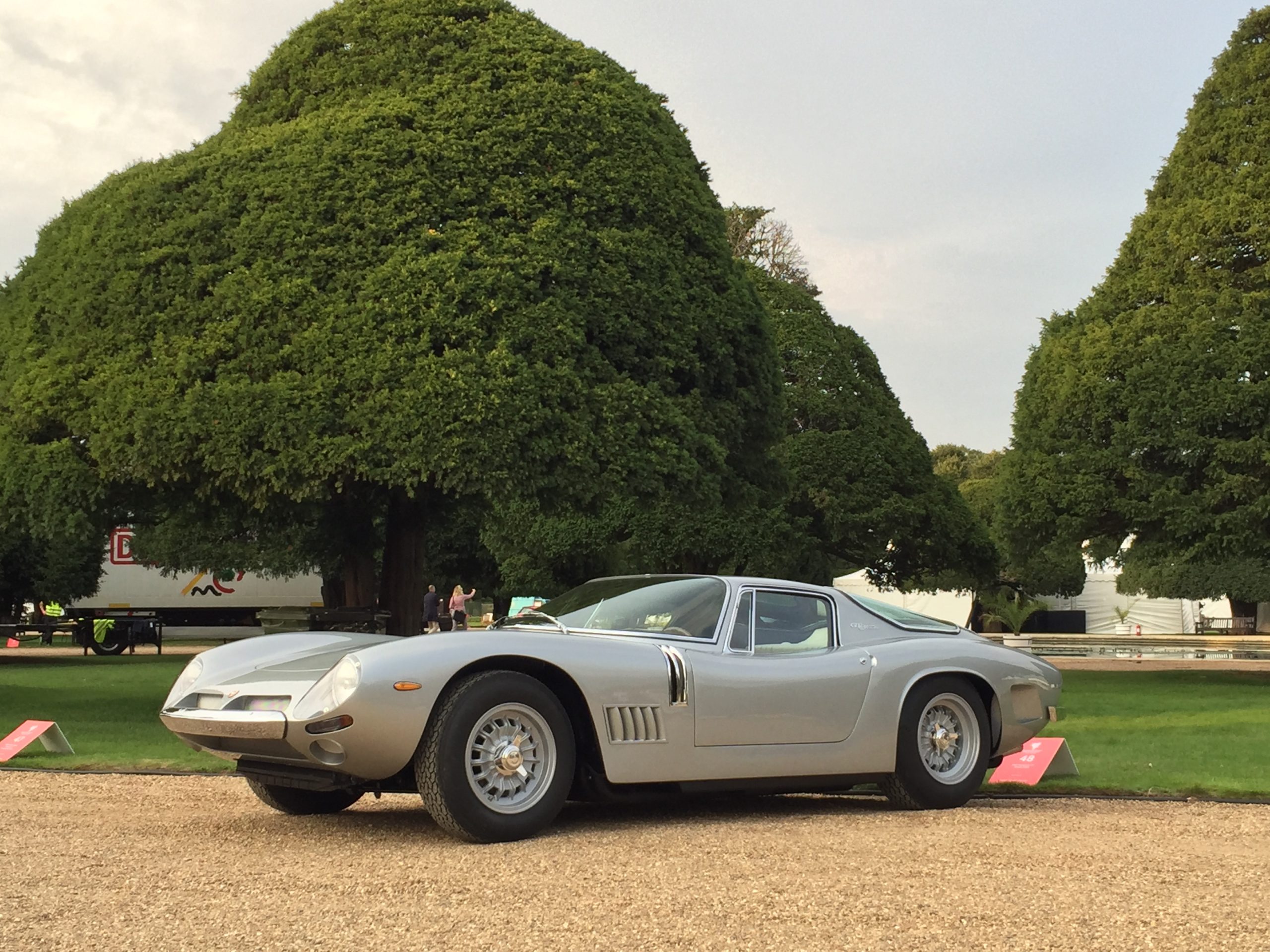 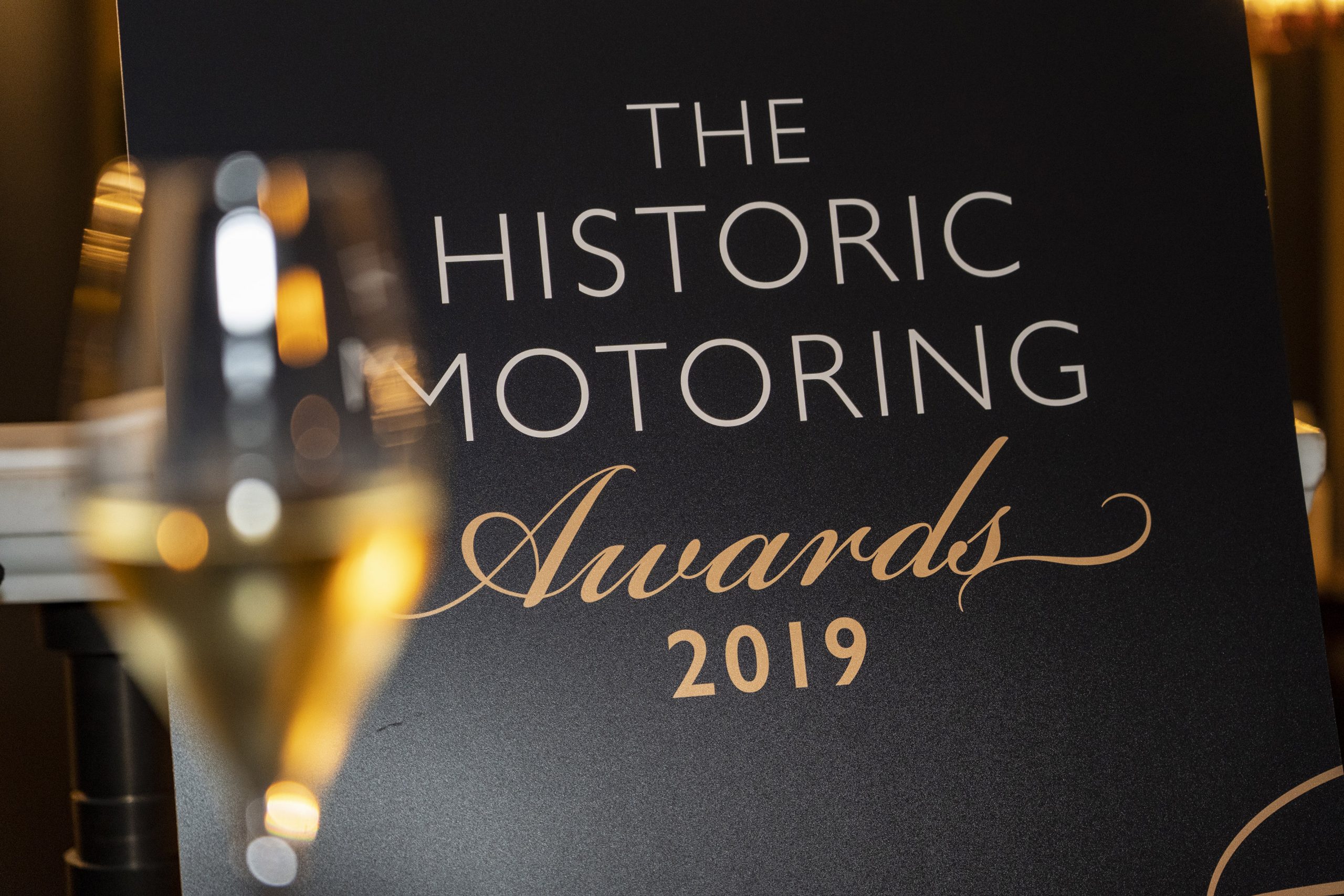 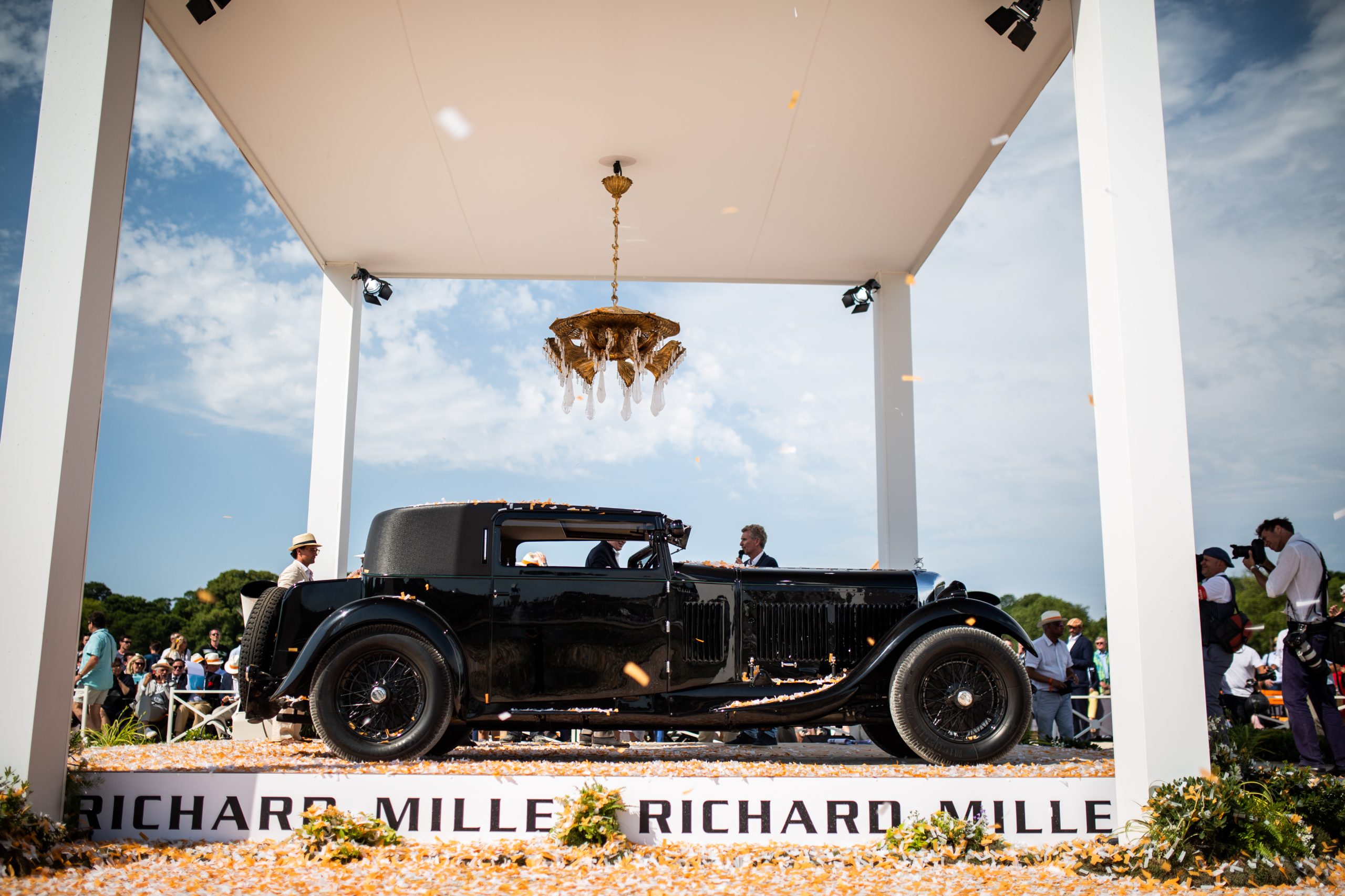 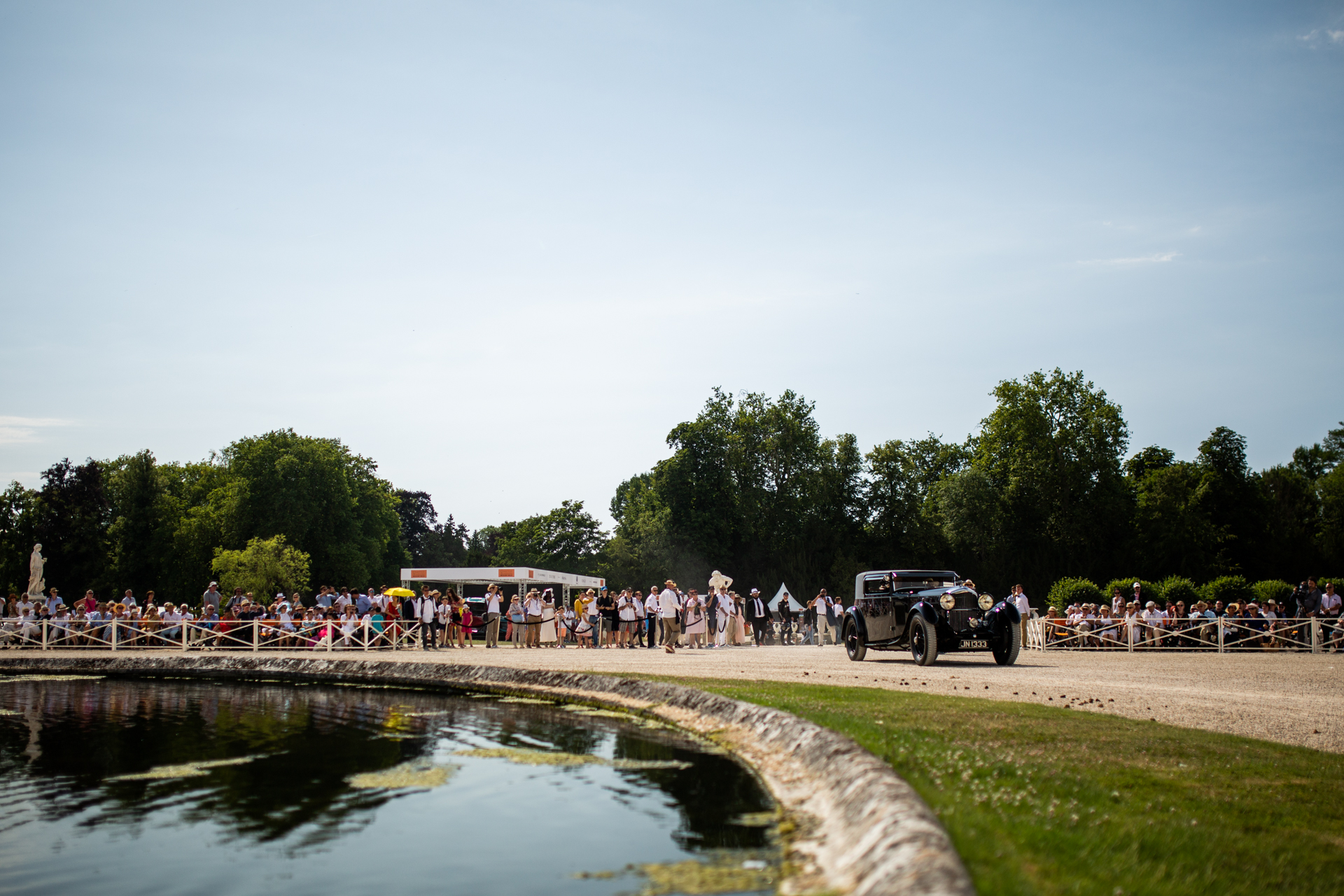 This wonderful Bentley 8-Litre was entrusted to us by a long-time customer to be prepared for the Chantilly Arts & Elegance. Against a very strong line-up of perfect pre-war cars, it was our customer’s 8-Litre that was picked as the finest.

Salon Privé – Runner Up: ‘Wind in Your Hair’

Our 1955 Lancia Aurelia B24 Spider, the subject of a total nut and bolt restoration came Runner Up in the ‘Wind in Your Hair’ category, beating off the likes of a Ferrari 275 GTS, a Maserati 3500 Vignale Spyder, a Mercedes 300SL Roadster, a Cisitalia 202 SMM Nuvolari Spider and Jaguar E-Type Roadster. 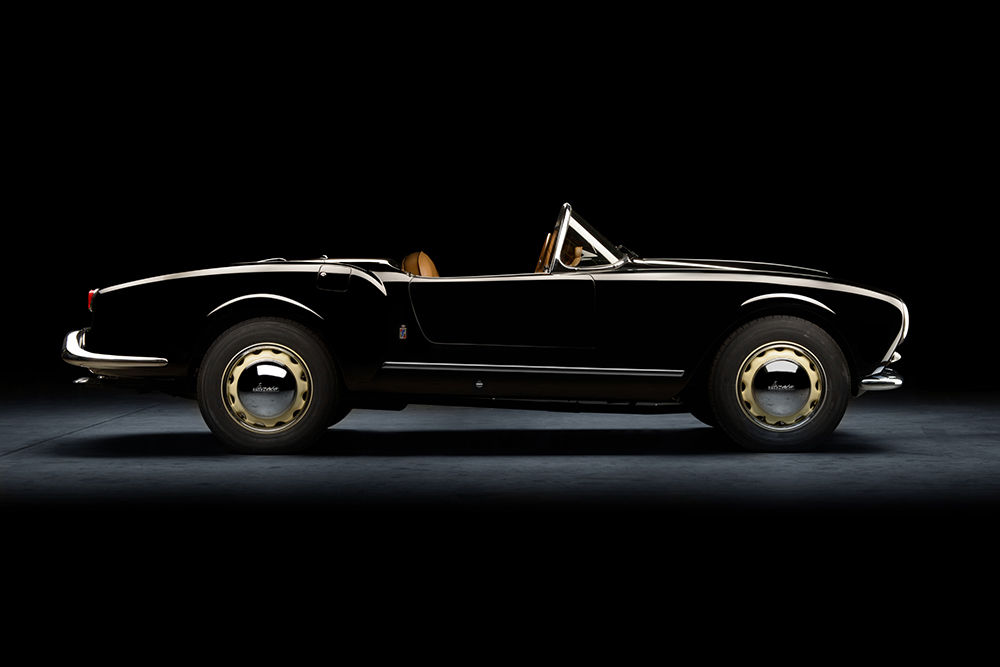 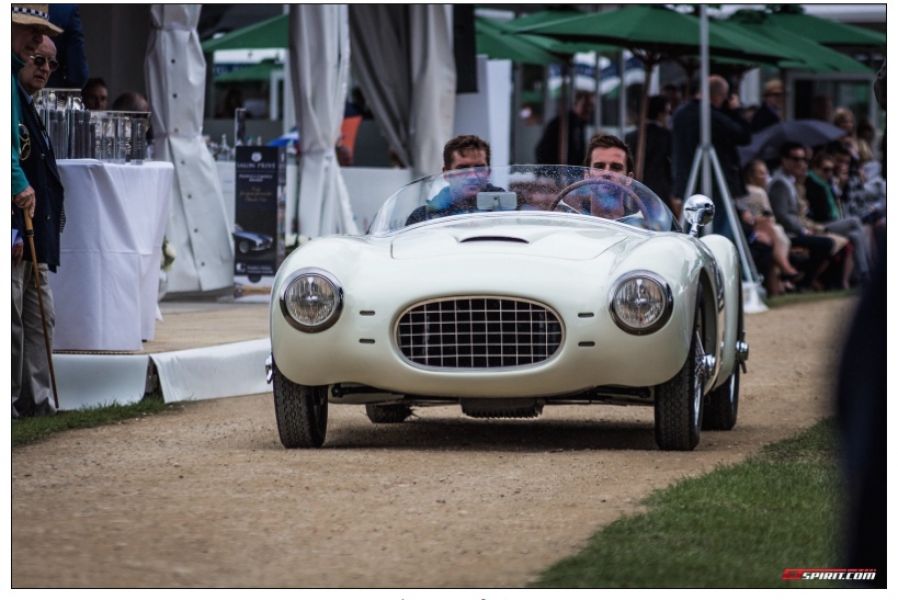 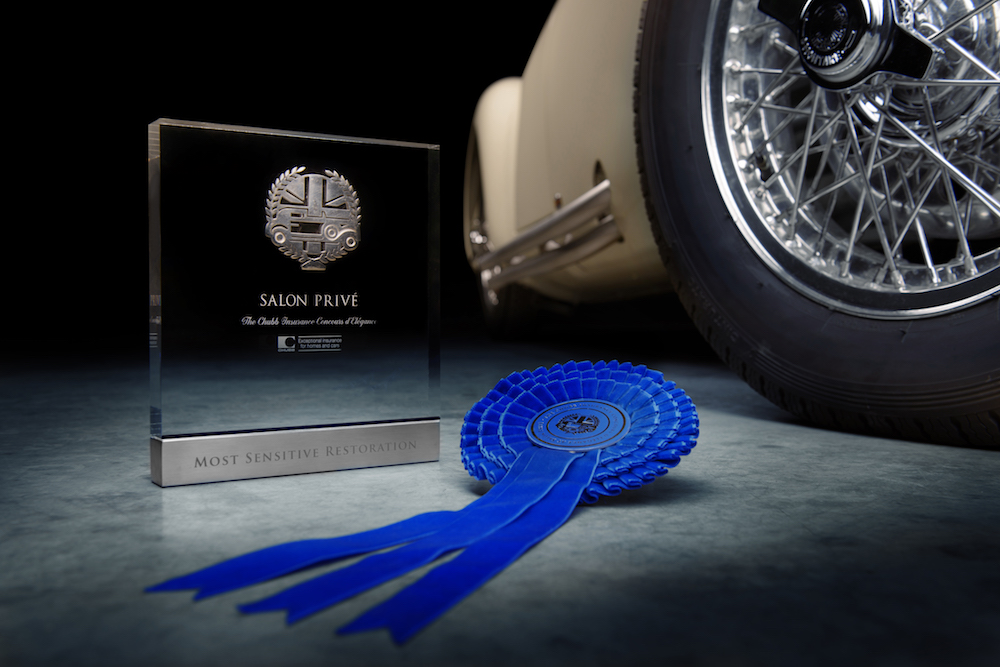 A unique, Giovanni Michelotti-designed, Motto-bodied barchetta known as the ‘Goldmanini’ was awarded ‘Most Sensitive Restoration’ of the entire show, a remarkable achievement in a field of superbly restored vehicles.  Our meticulous and painstaking restoration to original specification was carried out using historical photographs and documents as reference.

The Bob Porter Trophy is awarded by the Amilcar and Salmson Register to the register member responsible for the ‘most meritorious rebuild of an Amilcar’. Some 54 Amilcarists and Salmsonists from as far afield as Hong Kong, Berlin and France gathered for their annual spring event in Stow-on-the-Wold in the Cotswolds, to celebrate the presentation of this prestigious trophy. R.H. Porter (known as Bob Porter) was an  Amilcar importer at one time and raced one of the owner’s winning cars (chassis 11014) 84 years ago!

We are delighted to announce that the trophy was presented to this special car for ‘the restoration of two Amilcar C6s to a standard rarely, if ever, attained’ – an achievement of which we are extremely proud.

A combination of scrupulous determination to ensure that all our work on Amilcars adhere absolutely to what was on the cars originally, alongside Thornley Kelham’s skilled and meticulous attention to the finest detail have resulted in two C6 Amilcars which are as authentic as the day they left the factory, and are probably the best examples of their kind car in the world. 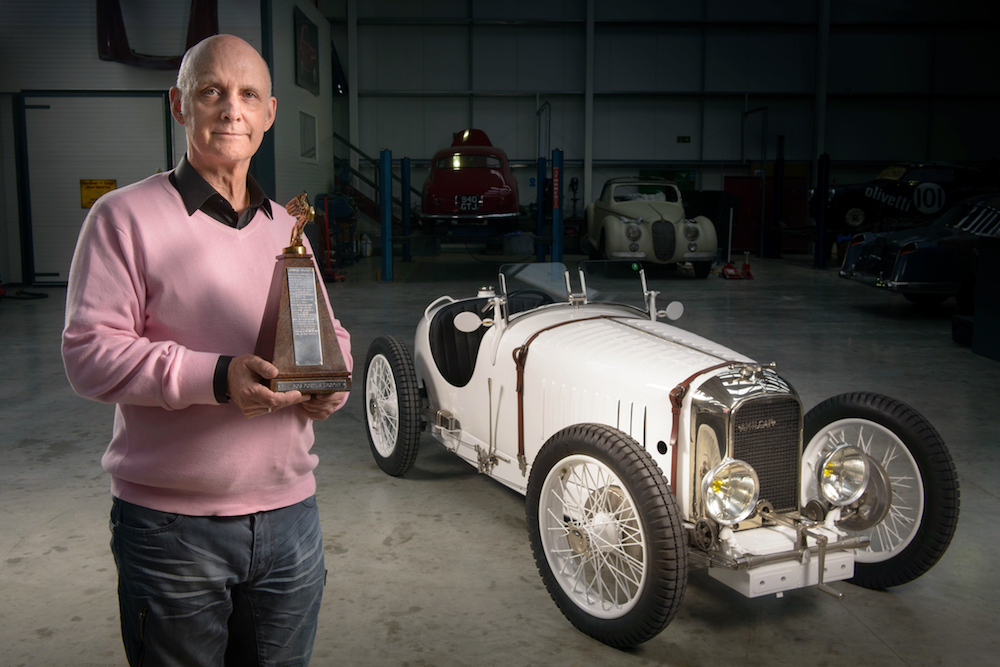 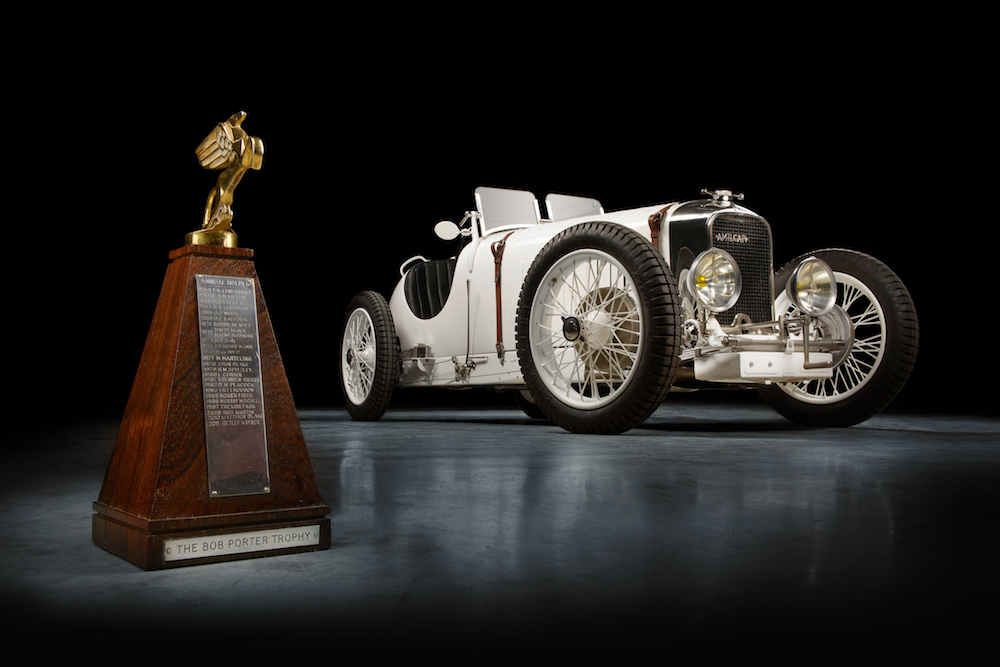 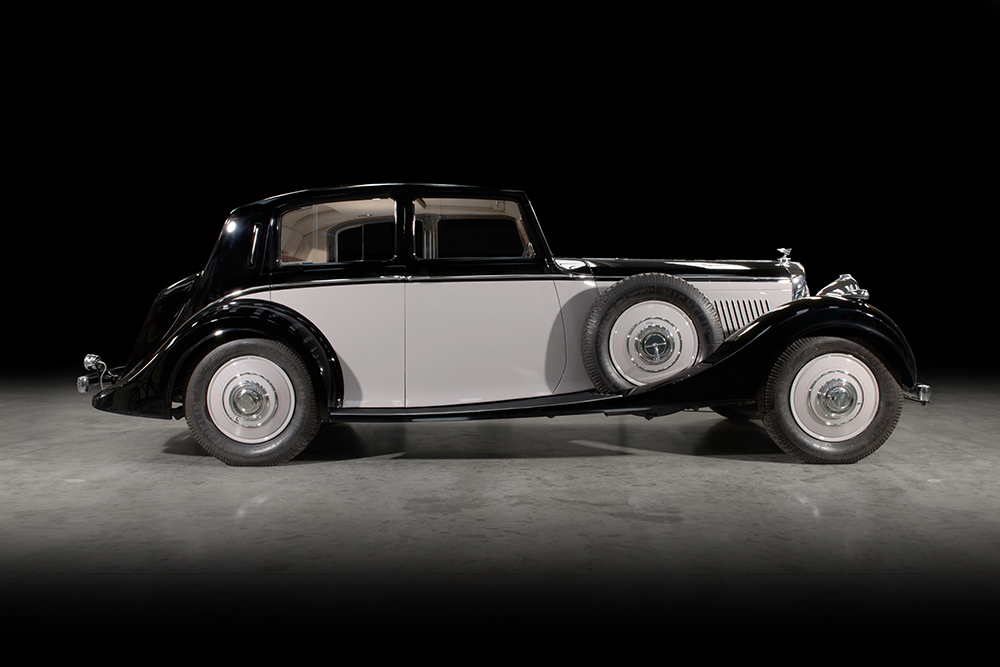 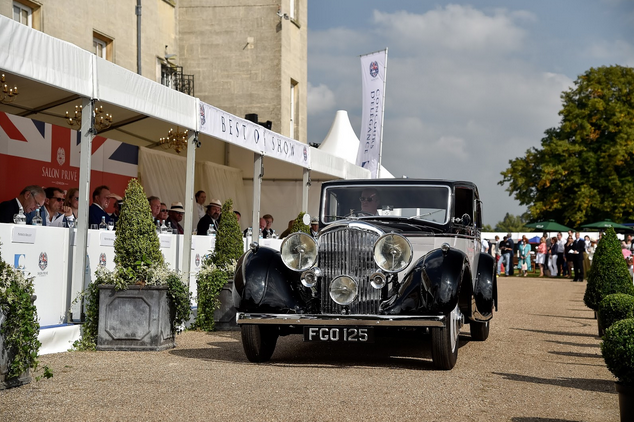 Rockingham Castle Concours –  ‘Best in Show’ and ‘Best in Class’

This Bentley 4 1/4 litre Pillarless saloon was one of our very early restorations. It  had its first public outing following completion at the Rolls-Royce Enthusiasts’ Club prestige event, the Rockingham Castle Concours in June 2014 where it won first in class.

In 2015, it won all the major prizes at the Bentley Drivers’ Club 69th Summer Rally and Concours d’Elegance, including ‘Best in Class’ and the W O Bentley Memorial Fund Trophy for overall ‘Best in Show’ in all concours classes, much to our enormous delight!

Philip Kadoorie: “ The Tour Auto is an epic drive on most true petrolheads’ wish list.  In a matter of six months, Thornley Kelham took my 1974 Lancia Stratos Group IV from not having run in years to rally ready.  We had glitches caused by the 44 year old wiring that I thought would be a rally-ender but my intrepid mechanics, Wayne and Damian, did not give up and had us going in a matter of hours without any support.  Having provided more than just mechanical support, the pit stops where we refuelled both car and drivers on the side of the road made me feel like a true rally driver and provided a welcome break from the difficult drives in the Tour.  Our success in completing the Tour Auto was only possible thanks to the preparation Thornley Kelham has put in and their ability to keep the car going with limited tools on the side of the road.  A truly enjoyable experience with a great Team!”

Hal Walter – Aston Martin DB4 restoration: ‘After driving a DB4 when I was 20, I held a 35-year dream to own one. Living in Australia I had not come across an available car or project that inspired me. Then, in 2011, I saw an intriguing ad in Classic & Sportscar  for a partly restored Series II, the model I wanted. I made contact by email and so began a memorable journey with Thornley Kelham.

I am a perfectionist, which is always a source of angst, and had no experience of classic car restoration other than having heard acquaintances’ stories of never-ending budget blowouts, time delays and faulty workmanship. Yet here I was, signing up with someone I had not met, to spend hundreds of thousands of pounds on a car I had seen only in photos, to be restored by a company on the other side of the world. The fact that of my family and friends I was the only one who did not consider this an absurd leap of faith, is testament to how comfortable Simon makes one feel.

The dream did not turn into a nightmare. In fact, apart from some minor delays caused by issues beyond Thornley Kelham’s control, the whole process was an absolute pleasure. As is the car.’

“Its very hard to find people who know about these older Lancias. When it was necessary to rebuild the sliding pillars, I sent mine to Thornley Kelham. They found the parts it needed, rebuilt them, and even road-tested it. Now the car rides like new. Couldn’t be happier!” 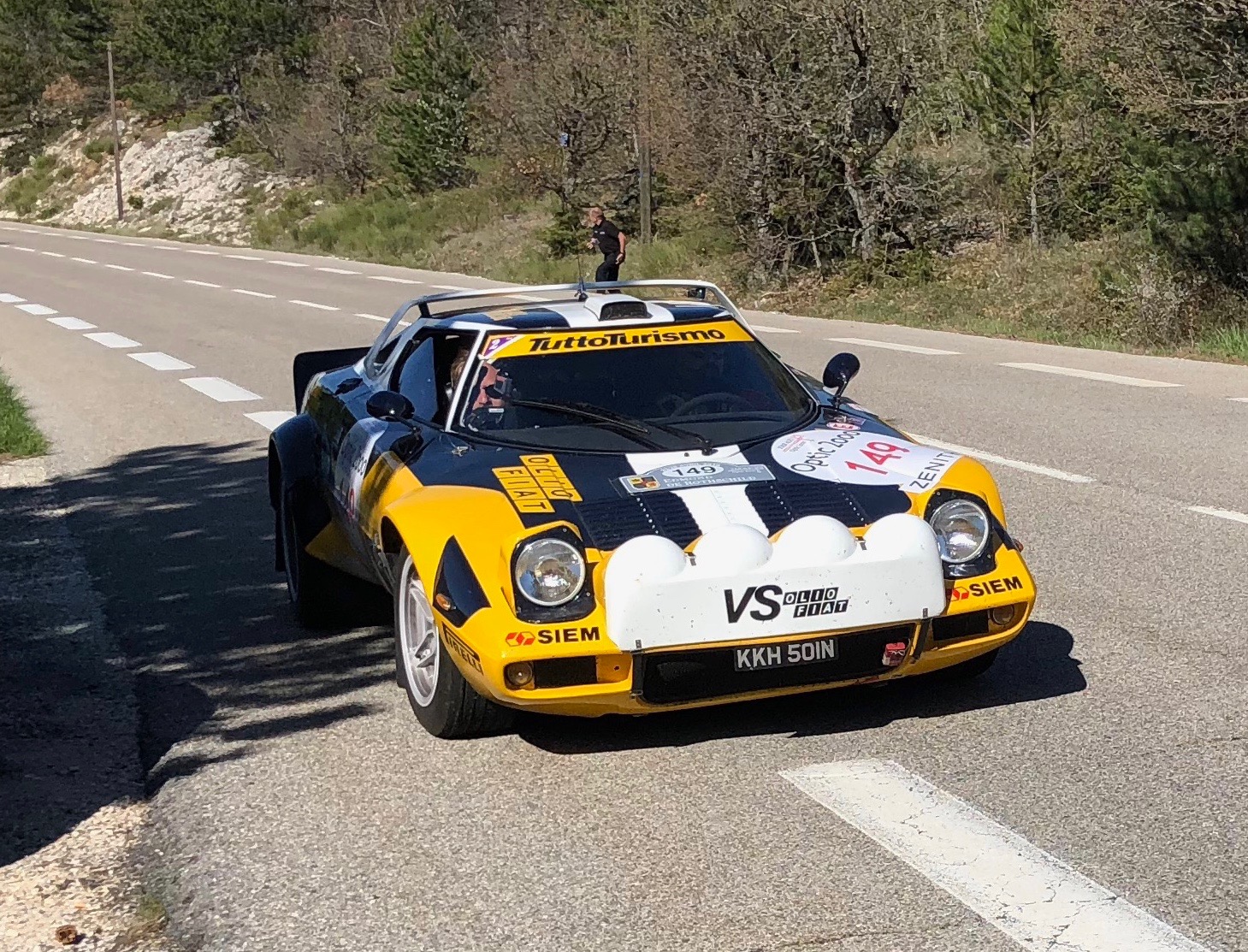 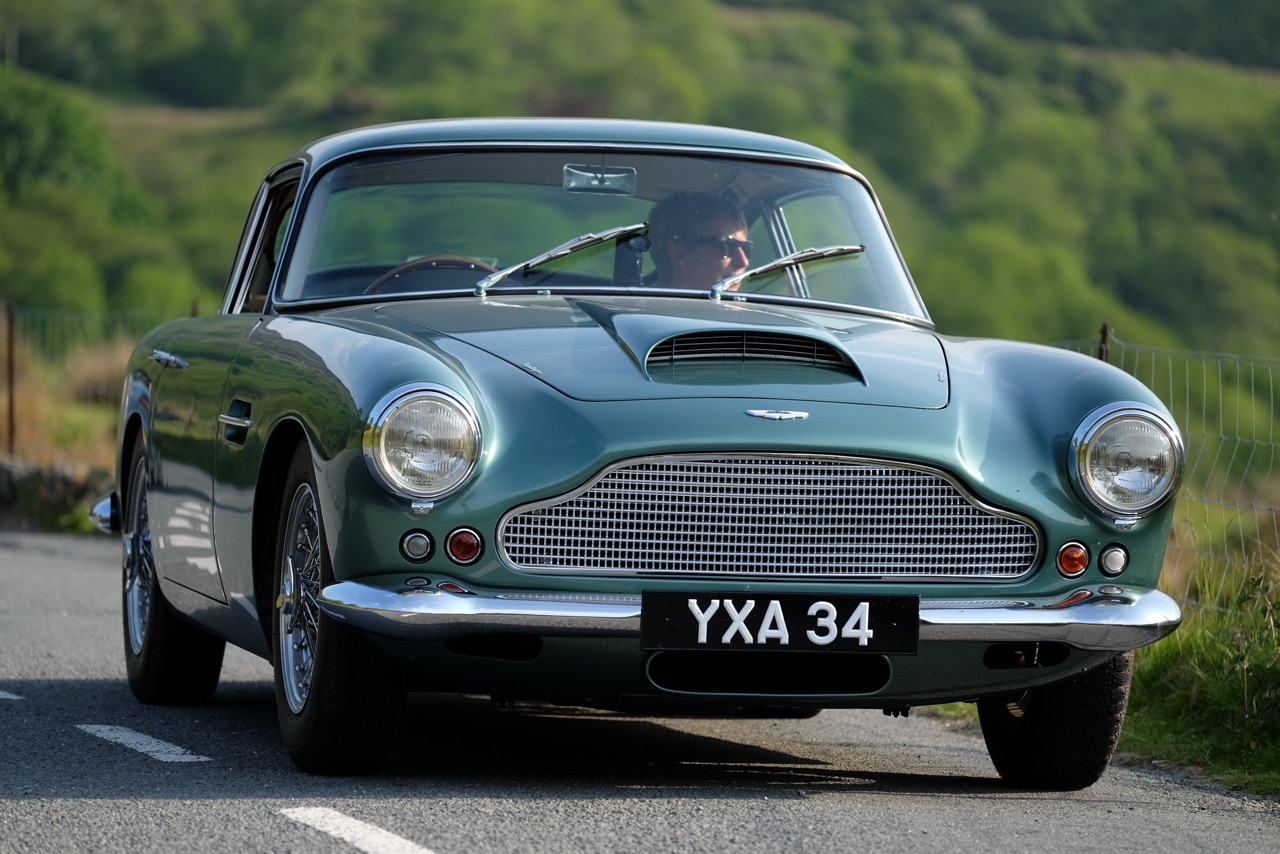 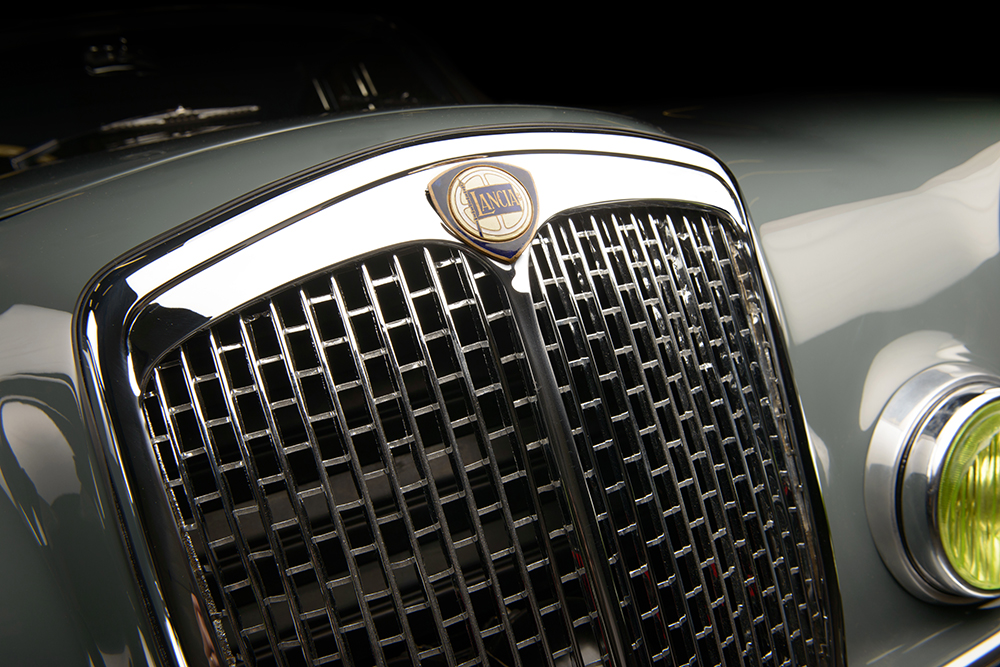