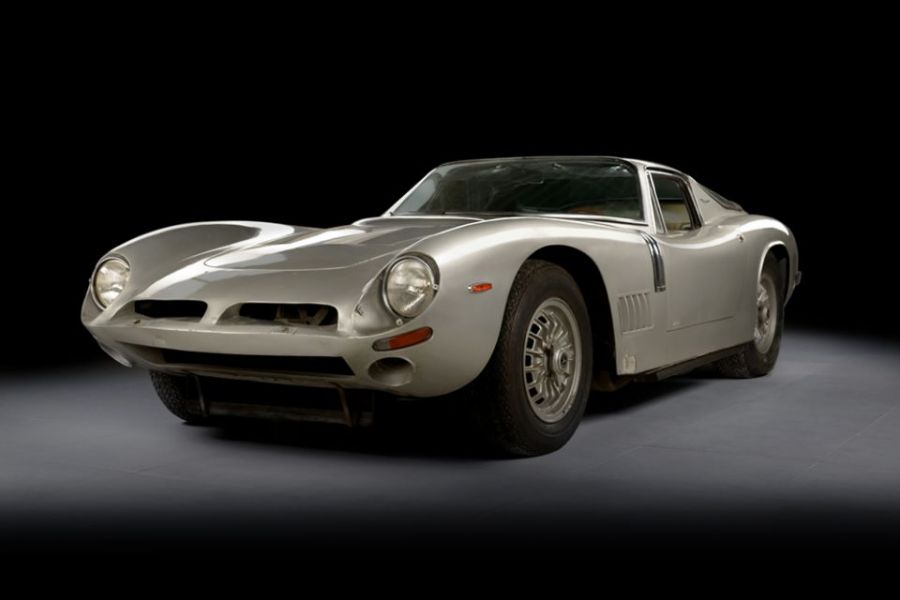 The Bizzarrini marque was the creation of Ing. Giotto Bizzarrini following his departure from Ferrari after the famous “Palace revolt”. Whilst at Ferrari during 1957 to 1962, he was responsible for the development of the 250 series – Ferrari GT 2+2, 3 litre Testa Rossa and the Berlinetta GTO.

In total, 124 cars were built, each by hand and all slightly different from one another making each one unique. About a dozen were “GT Americas” equipped with a fiber body and independent rear suspension whilst this example of a Strada has the De Dion rear axle and aluminium body.

This beautiful and original Bizzarrini ‘GT Strada 5300’ is a very rare example with a complete and reliable history dating back to 1967. It remained in Italy for its first six years after which it was exported to the US, eventually returning to Europe in 2012 when it was bought by its current owner, Guy Berryman.

It has very recently undergone a complete and highly authentic restoration at Thornley Kelham Ltd. With so few cars to cross-reference, thorough research was essential. Details on this car were compared with information and pictorial references obtained from several sources including a number of specialist Bizzarrini books to ensure the interior, body and mechanicals were as they should be.

We also consulted regularly with Jack Koobs de Hartog, universally recognized as the expert on these cars and himself an author of 7 books on Bizzarrini. Starting with the complete disassembly of the car in our workshops, the restoration involved around 4000 to 4500 hours of painstaking labour – typical of cars of this type of construction – alloy skins over a steel frame – spread over a period of between 18 to 24 months.

Upon completion, the Bizzarrini  was presented at the Concours of Elegance at Hampton Court in 2018 where it attracted a lot of attention and received the seal of approval from Jack Koobs de Hartog who came over specially from Belgium for the occasion.

In October 2019, it won the ‘Restoration of the Year’ award at the Historic Motoring Awards, a great accolade for such a unique and iconic car.