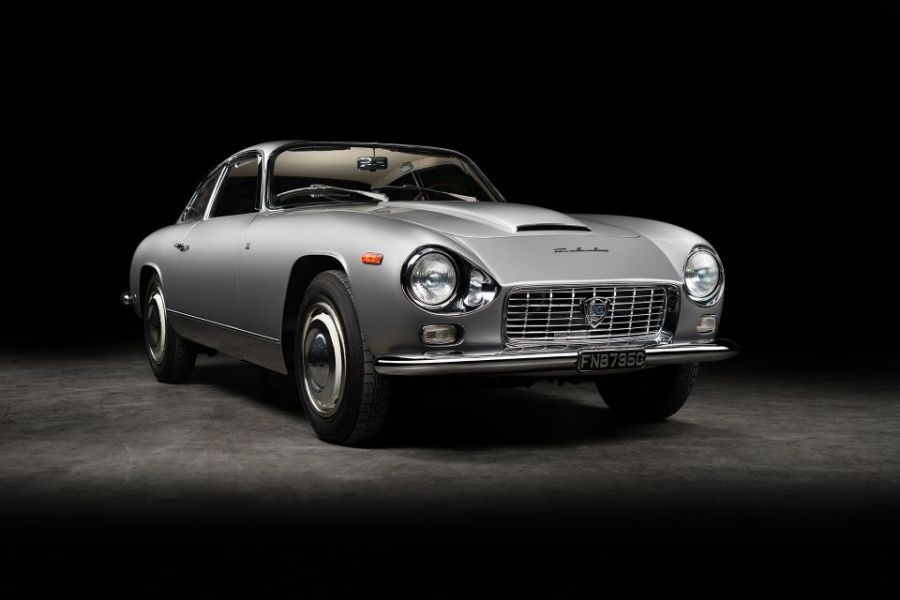 Produced from 1957 to 1970, the Lancia Flaminia was Lancia’s flagship model at that time, and replaced the Aurelia. Named after the Via Flaminia, (following the Lancia tradition of naming their models after Roman roads), the Flaminia was available in several versions: saloon, coupe’ and cabriolet. The latter two versions had bodies built by several prestigious Italian coachbuilders, namely Pininfarina, Touring and Zagato. Four “presidential” stretched limousine Flaminias were produced by Pininfarina for use on state occasions. Like all things Lancia, the Flaminia was an utterly unique car with some breath-taking examples of engineering – an all-alloy V6 engine whose power was directed through a  rear-munged gearbox and De Dion axle.

The Flaminia’s chassis was a development of the Aurelia’s, but was significantly upgraded. The front suspension was changed to a more conventional configuration with double wishbones, coil springs, telescopic shock absorbers and an anti-roll bar. The rear suspension retained the De Dion set up, with a transaxle mounted at the rear, like in the Aurelia. The first Berlina was available with drum brakes or discs, all other models used discs only. Being light, with aluminium panels, the car had a top speed of 210 km/h, making it the fastest Flaminia.

This rare Flaminia Super Sport was first registered to Robert Louis Sangan of Santa Maria, Samares, Jersey in the Channel Islands in 1970. In 1974, the car passed to John Cronin of St Peter, Jersey followed by Peter Amy of St Lawrence in 1975, and later resided in St. Ouens in 1977.

The car’s new owner requested Thornley Kelham to carry out a full nut and bolt restoration to bring this very interesting car back to its former glory.

After 2 years of painstaking work, the car is now complete and made it’s debut at the London Concours 2020 where it was greatly admired, and subsequently invited to show at the Hampton Court Palace Concours of Elegance a few weeks later.