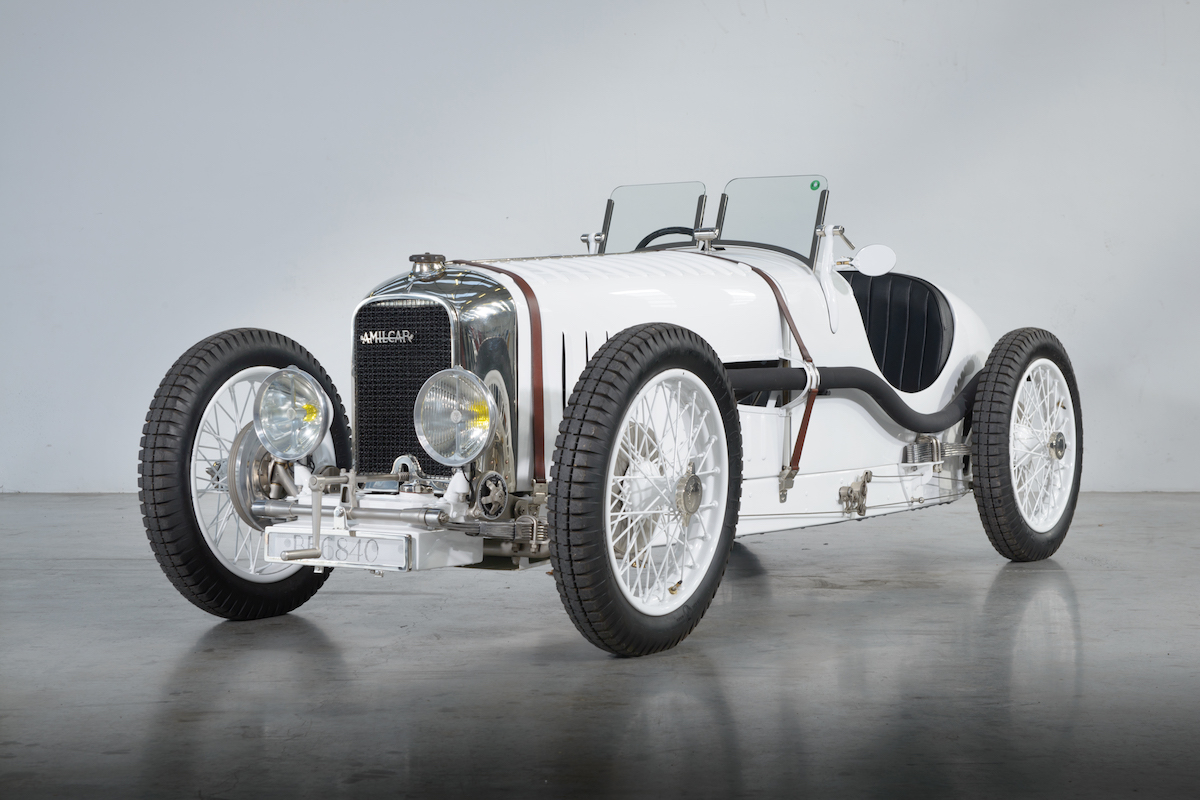 The strong performance of the Amilcar C6 is achieved by combining a good power output from their 6 cylinder 1,100cc twin overhead-cam supercharged engines with lightweight construction. Only a small number of these racing thoroughbreds were built (the exact number is not known but just over 50 is likely) and only around 20 examples survive worldwide.

Over the course of the summer and into the winter a large amount of work has been carried out on chassis 52 including:

Assembly of the chassis is also well underway with both the front and rear axles correctly final fitted as well as the prop-shaft, pedal assembly and cross shafts. Furthermore the fuel tank, oil tank/cooler, bulkhead and steering box are all in place.

Our chief mechanic, Paul Woodward, has rebuilt five C6 engines already during his career. He has assembled the engine including the complex overhead cam cylinder head.  This requires both knowledge and patience; initial assembly is followed by disassembly for machining. This process is carried out a number of times to ensure that the cylinder head fits correctly and runs the correct 7/1-compression ratio.

The gearbox has also been fully rebuilt and is now attached to the engine and clutch.  The engine, clutch and gearbox assemble all form one unit which has been test fitted into the chassis.

While the engine and chassis are assembled Kevin (our machining ‘guru’) has constructed the correct Roots-type Supercharger in preparation for the completed engine. ‘Our’ supercharger features a thicker and stronger casing (a common weak point in period) with a lip type seal (rather than felt) to avoid leaks. New rotors have been made which along with the thicker casing reduce the clearance allowing the supercharger to produce more boost. All of this basically allows for a stronger yet more powerful supercharger.

Since completion of its restoration in 2013, this jewel of a car has successfully raced at Montlhery in 2013 and won the Amilcar & Salmson Register’s Bob Porter prize for best restoration of an historic car in 2014. It was also exhibited to wide acclaim at the invitation-only Hampton Court Palace Concours of Elegance in 2014.

In January and February, 2015 it featured as the lead story in a two-part treatise published by ‘The Automobile’ Magazine alongside Amilcar C6 chassis 11014, both of whom share the same owner.

It also won the highly prestigious Bob Porter Trophy for most authentic restoration of an Amilcar!