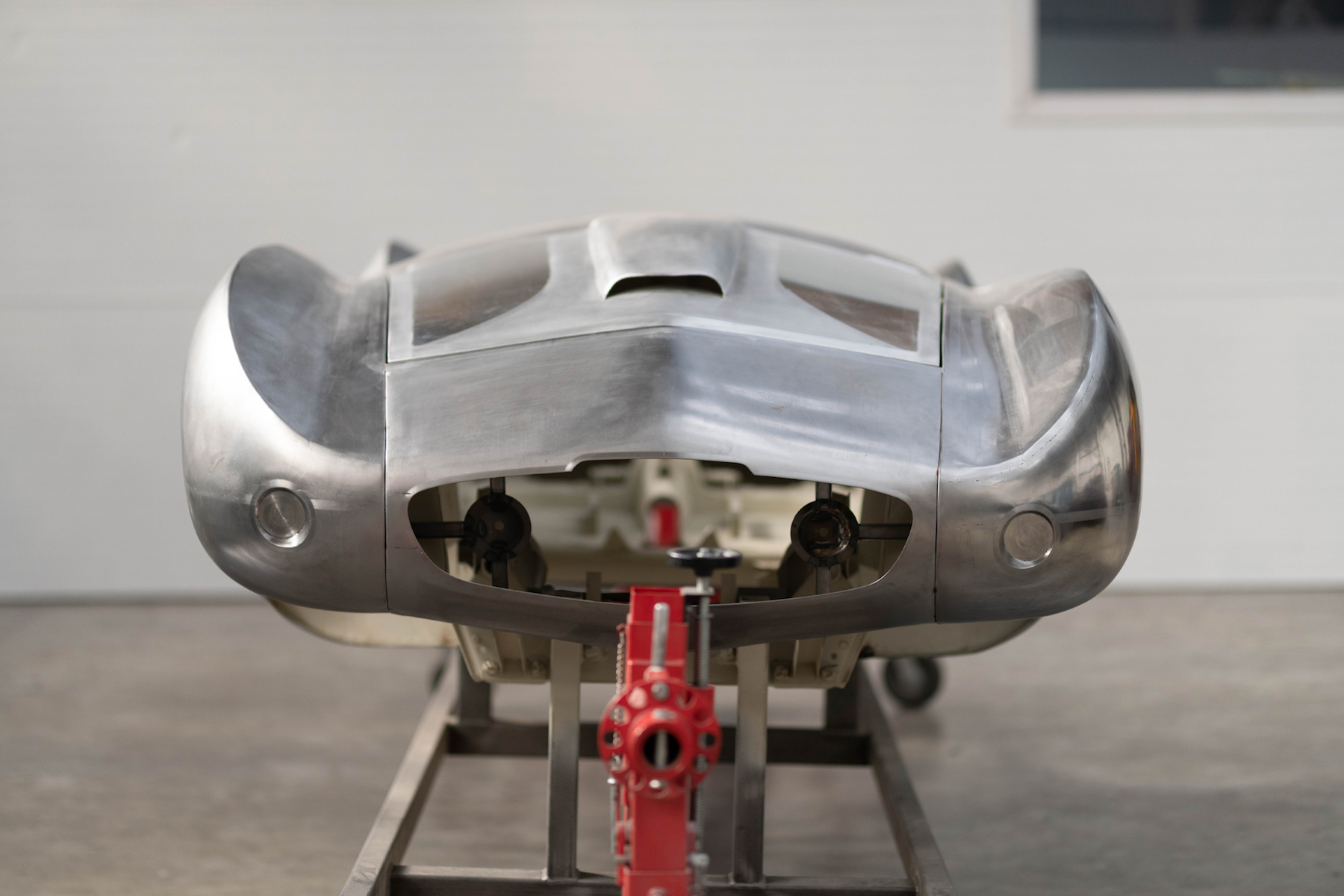 Stanley H. “Wacky” Arnolt was a Chicago industrialist, who began importing cars into the USA the 1950s. Though sold as American cars, the cars were true hybrids, with British mechanicals, Italian bodywork, and U.S. sales and distribution, as well as in some cases final assembly and body work. S.H. Arnolt Inc. was a licensed automobile manufacturer in the State of Illinois.

A fortuitous meeting with Bertone at the Turin Auto Show in 1952 resulted in four collaborative efforts between Arnolt and Bertone, involving running gear and engines from the British car manufacturers MG, Aston Martin, Bentley, and Bristol.

All Arnolt-Bristols were built between January 14, 1953 and December 12, 1959 with the majority being built in 1954 and 1959. A total of 142 cars produced, of which 12 were written off after a factory fire with the fire-damaged cars being used as a source of spares by Arnolt in later years. Total production included six coupés and two alloy-bodied cars. One of the cars was originally right-hand drive: the rest were all left hand drive. One of the cars never received a body and was used as a rolling chassis for auto shows. This chassis is still in the possession of the Arnolt family.

Approximately 85 of the cars are still known to exist, in conditions that vary from needing complete restoration to concours quality.

This very rare example arrived at Thornley Kelham for a complete nut and bolt restoration which is now underway, the first stage requiring comprehensive metalwork including the wheeling up of complete new panels around the car – all being carried out in house.