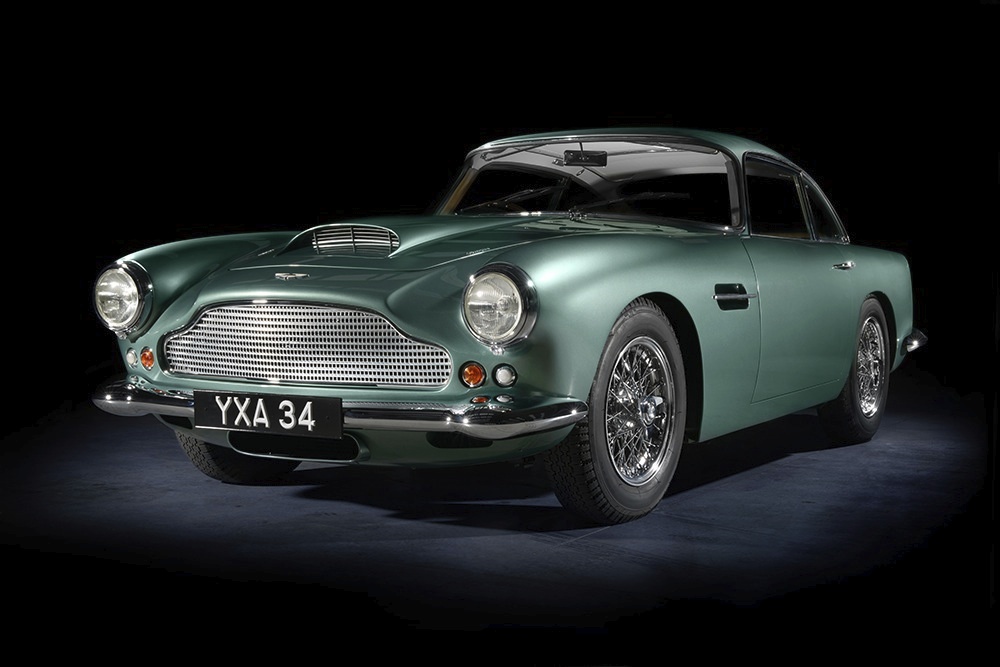 This matching numbers DB4 was a ‘barn find’ having been bought by the previous owner in 1972 from a garage in Calne, driven home and, as the engine let go, it was then left in a garage for the next 35 years or so. Research had turned up a small amount of information  and correspondence from the original owner, a minor celebrity who purchased the car in May 1960 and used the car hard for around 3 years, returning it to the factory regularly. He then part exchanged the car with Maranello Concessionaires for a brand new Ferrari 250GT ‘Lusso’. One idiosyncrasy is that both cars were repainted Roman Purple.

Since the car’s discovery all works have been done to concours standards to create the ultimate early DB4. Works have included the following:

A comprehensive chassis and bodyshell rebuild by Bodylines – the recognised leaders in DB Aston panelwork, who use original factory bucks. New bumpers were also made to fit this car.

The engine was upgraded by the original owner to triple SU (Vantage) spec. with larger sump etc. by the Aston Martin factory in February 1963.  We commissioned a complete engine rebuild by RS Williams to 4.7 litre specification – dyno readings are available.The triple carburettor set up has been refurbished by Burlen systems.

The rear axle has been rebuilt by Eric Batelle of Supertorque; specification includes a 3.06 crown wheel and pinion, Powr-Lok limited slip differential, and new half shafts. This set up is as recommended by Richard Williams for this engine specification.

We have rebuilt the gear box with all new parts supplied by R S Williams.

We have rebuilt the suspension completely, including upgraded dampers from R S Williams and revised geometry.

We purchased 5 x Connolly ‘Vaumol’ hides in natural tan leather (Aston ref A846 – as used on the original cars) direct from Jonathan Connolly for interior re-trim. To see an interior in this leather click here. This was matched to a West of England cloth headlining.

Work completed during the summer/autumn period of 2012  included the test fitting and actual fitting of the brake assembly, pedal box, suspension sytems, wiring looms, engine and gearbox. The car was fully primed ready for the new owner to decide in which period-correct shade of metallic green to paint the car.

Completed in May 2013, this stunning concours-standard Aston Martin is a much cherished possession of the Australian owners and now divides its time between the UK and a French chateau. It has since been shown on the Aston Martin stand at Hampton Court Palace Concours of Elegance.