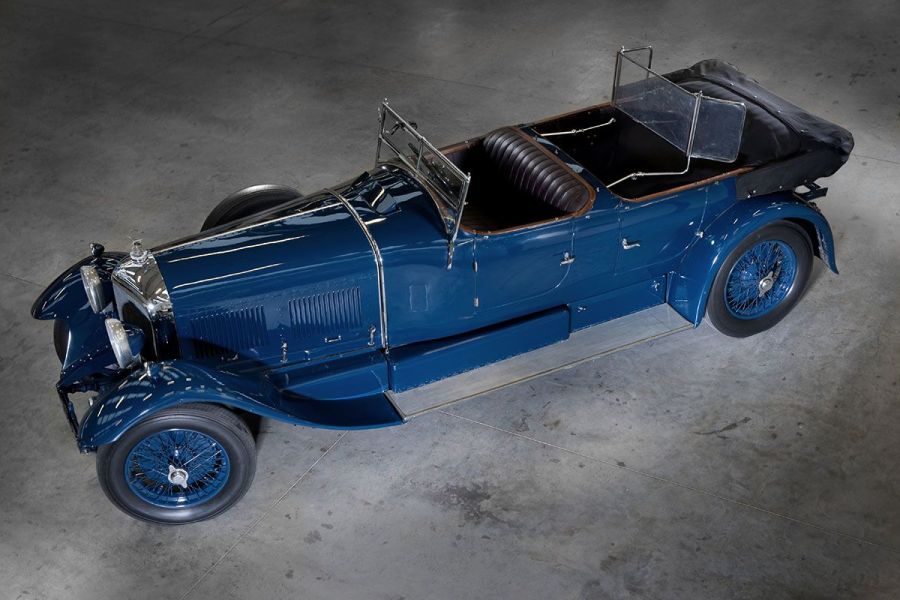 There were a total of 363 6 1/2 litres originally built, of which only 175 are estimated to remain, and very few of these remaining cars have their original coachwork.

Barker, of South Audley St, Mayfair, really focused on Rolls Royce coach-building, and bodied only 28 Vintage WO Bentleys in total: six 3 litres, one 4 1/2 litre, two 8 litres, and nineteen 6 1/2 litres. Only nine of these nineteen had open bodies, and only two of those were 4-seat open tourers.  This is the only one left.

The car was first registered in May 1928 as a Demonstrator for HM Bentley and Partners, before being sold to Major JT North of Surrey in April 1929.  In 1937, after a further two owners in the UK, the car was sold to an owner in South Africa, where it resided until April 2012.  As a result of the extended period -75 years! – in the balmy climate of the Cape, it is in remarkably good overall condition, and has retained many original features.  During WWII it was owned by two young friends in the South African Air Force, who attached a charcoal burning device to the rear of the car in the face of acute gasoline shortages (see photos).  It also spent a time impounded by the authorities in WWII as the owners were caught illegally running the car on Aviation fuel.

After the War it had several owners, until in 1964 Mrs. Alva Wilkins bought the car, beginning a period of long-term ownership.  Despite her petite size – she was only 5′ 4″ – Alva drove this large vehicle on many long distance tours in Australia and Africa until her death in 1984.  The next owner, a family friend of the Wilkins, owned the car from 1984 until earlier this year.  The current owner is the twelfth  since 1928.

This is an important – and now unique – piece of W.O. Bentley history and we have been instructed to bring it back to it full glory.