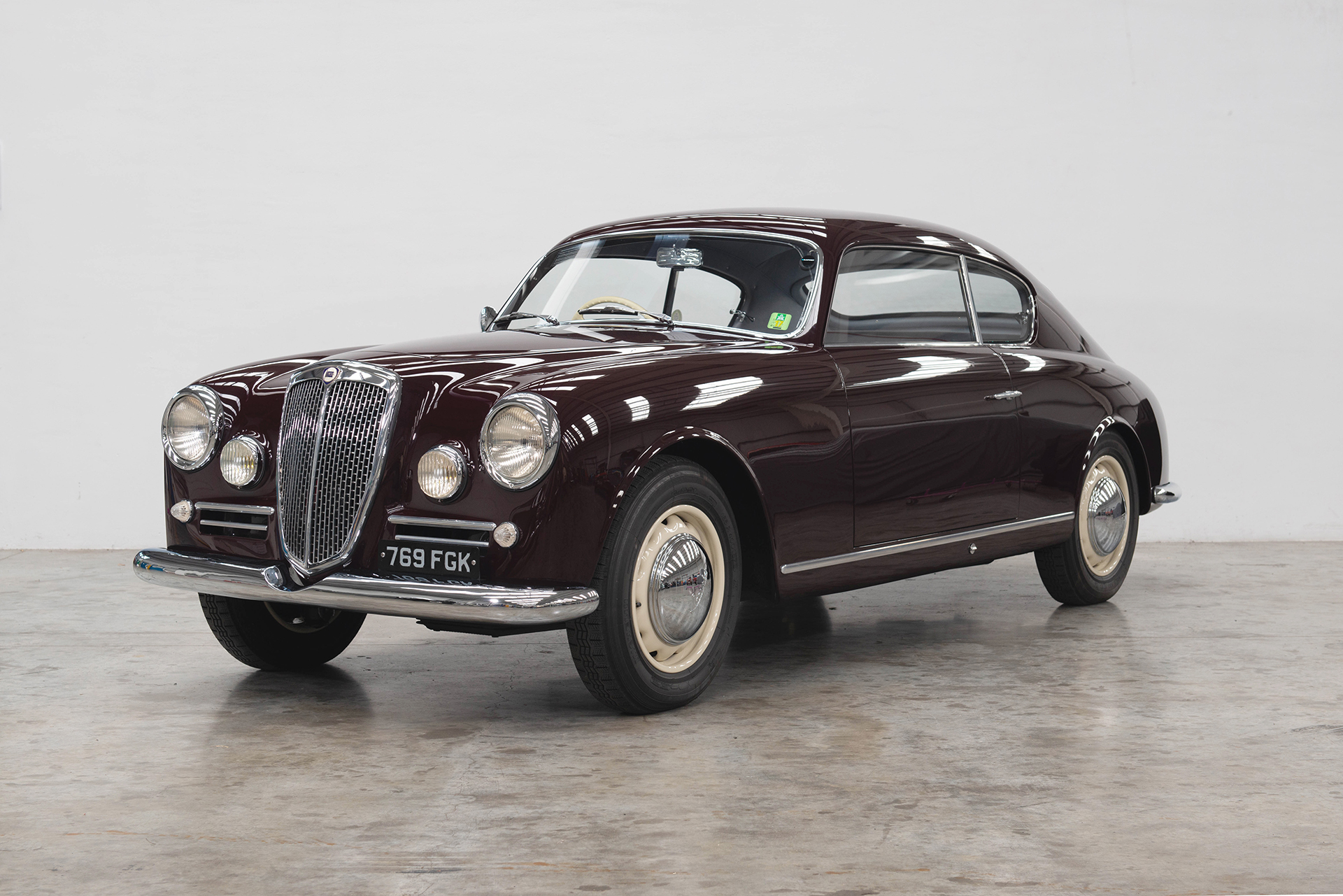 In the post-war years, Lancia were arguably the greatest innovators and engineers in the Italian motor industry, building on Vincenzo Lancia’s original drive for excellence in design and construction.

The Aurelia, initially launched in 1950 as a four door, pillarless berlina, continued that tradition, being the world’s first production car powered by a V6 engine. A year later the B20GT coupe variant was launched, winning immediate success both in rallies and on the track.  Seven years of continuous development followed on this, the world’s first true Gran Turismo.

In 1953 the third series 2500GT was unveiled, boasting a larger 2.5-litre development of de Virgilio’s V6 now producing 118hp, with major modifications to bodywork and interior.

First registered in Italy, our Series III Aurelia was imported into the UK in January 1963, and had a number of UK owners according to the original buff logbook. Purchased by Thornley Kelham in late 2009, it was sold to its most recent owner as a project, resulting in a comprehensive – and expensive – 2-year restoration to their renowned standards.

Lancia built 720 Series 3 examples, of which this car is one of the last twenty. Retaining its original de Virgilio-designed 2.5-litre V6 engine and mechanical components, the owner instructed TK to restore the car to exact factory build sheet specification, apart from the upgrade to a floor gearshift, hence the period ‘amaranto’ colour, and traditional Lancia grey cloth interior. Genuine chrome hubcaps complete the cream-coloured wheels, matched by the original cream steering wheel.

This car benefitted from a total nut and bolt restoration; with all mechanical parts restored and rebuilt, over 1200 hours of metalwork repairs, rustproofing throughout and careful set up to provide a fabulous driving experience. Indeed the last owner collected the car from our workshops and immediately embarked on an Alpine trip; returning the car for its first service with a minor oil leak as the only issue. Rather like the cars in the 1950s…