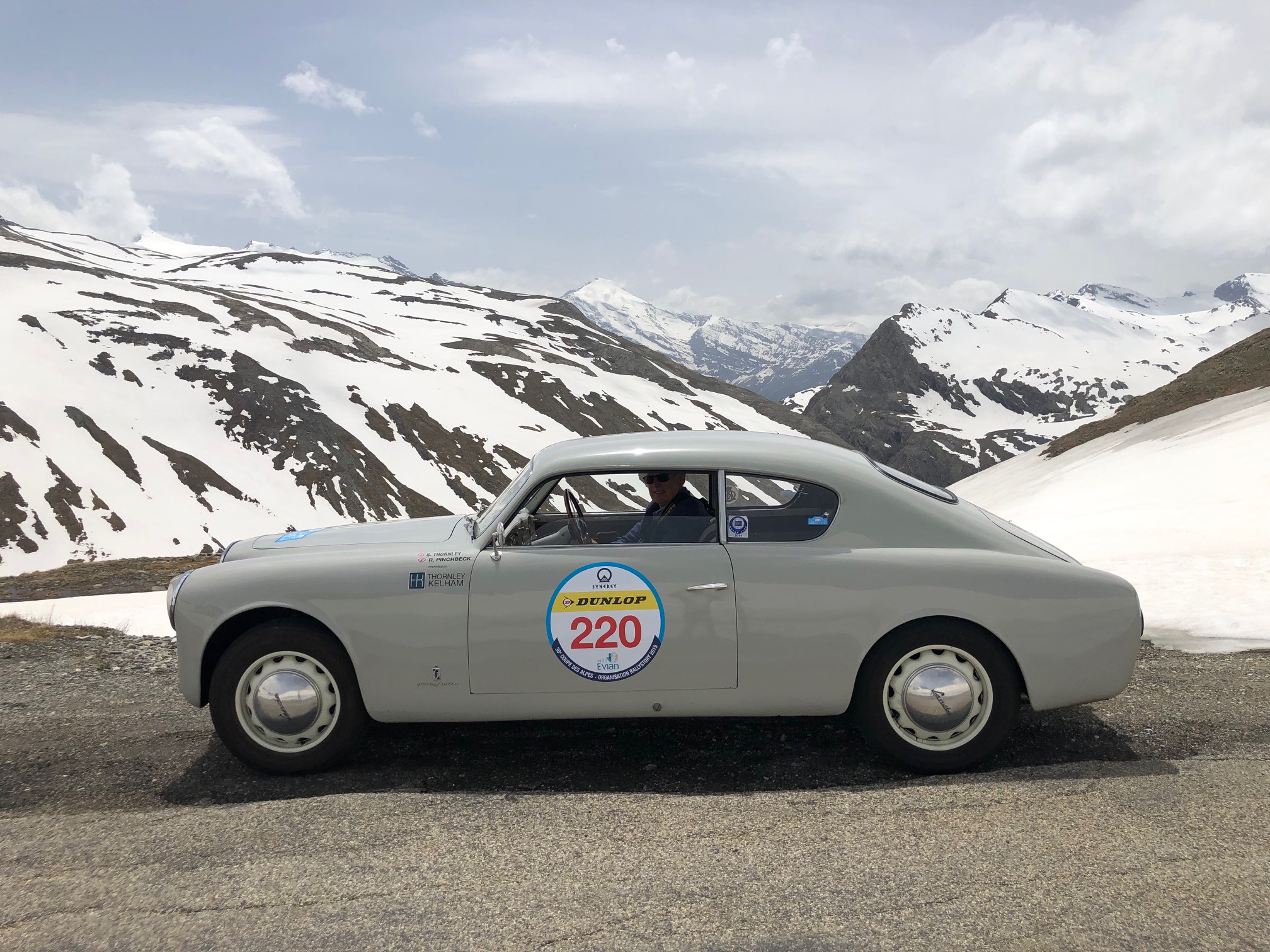 This car is the very first series 2 car, built in the last week of February, 1952. It was in fact signed off on 29 February, so perhaps the car is only 14 or 15 years old…. The car has an early Nardi floor change, had competition suspension and special exhaust, and a Nardi twin carb set up. It still retains its original engine, no. 1642.

Italian registration records show that it remained a Lancia factory car for 5 years, although correspondence suggests it was ‘sold’ to Carlo Pesenti at the end of 1952, perhaps when it was retired from competition.  In 1957 it was sold to Sig. Marsaglia of Turin ; the first of several Torinese owners over the next 40 years or so.

There is some evidence that the car first competed in the Giro di Sicilia in March 1952, but it is not definitive.

The car definitely competed in the 1952 Rallye des Alpes, driven by Ferdinando Gatta; co-driver Jaques Ickx, who was the father of F1 favourite Jackie Ickx. The car came second in the 2000 c.c. class to Von Falkenhausen’s BMW 328 (the overall winner) and seventh overall. Gatta won an Alpine Cup for no penalties – one of only nine awarded. Incidentally in the same race Ian Appleyard won his 3rd Alpine Cup in the XK120 and became the first driver to win a ‘Coupe des Alpes en Or’ for doing so.

The Alpine rally was notoriously tough – Stirling Moss (who competed in a Sunbeam Talbot) described the 1952 race as ‘about twice as hard’ on the crews and cars as that year’s Monte Carlo Rally. Only 23 cars out of the 88 starters finished the race.

Gatta was Gianni Lancia’s brother -in-law, having married his sister. Marsaglia, the second owner, is almost certainly the Marsaglia who competed as co-driver with Gatta on various events in 1953. Carlo Pesenti, the cement tycoon, went on to take over the (penniless) Lancia company in 1956.

In 2019, this Aurelia successfully competed in the Coupe des Alpes, completing the same alpine rally it took part 67 years earlier. It is a much cherished classic and is maintained, rally prepped and suported by Thornley Kelham.