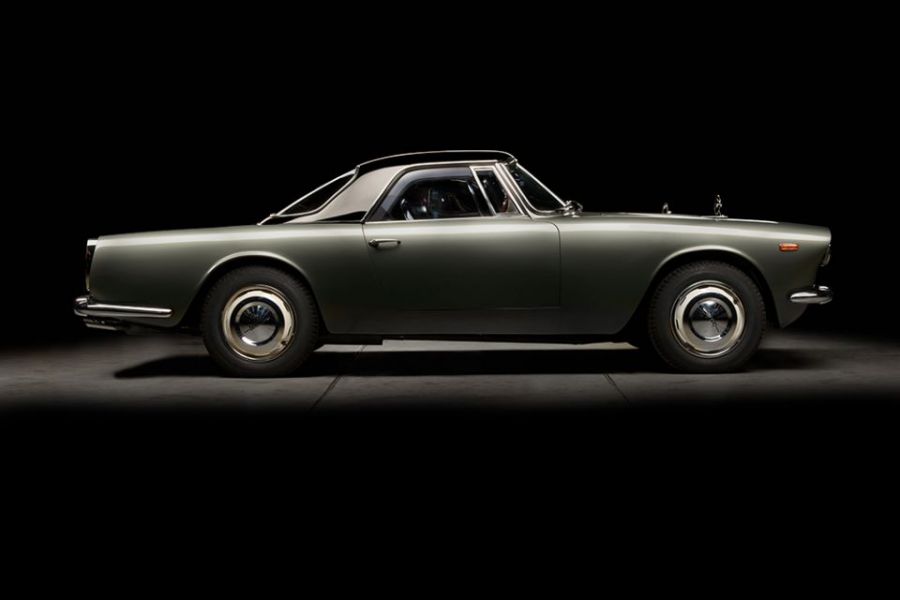 The Flaminia was Lancia’s successor to the landmark Aurelia. Featuring a newly-designed, more powerful V6 engine, improved cooling, disc brakes all round on the later models (such as this one) and after over 35 years an updated front suspension as the company abandoned its once-innovative sliding pillar system. The result was a better engineered car which fulfilled the brief of elegant long-legged GT. Of the 3 coach builders who bodied the Flaminia chassis (Pininfarina, Touring and Zagato) the Touring-bodied cars are considered the most stylish and are certainly wonderfully made, using the trademark ‘Superleggera’ construction as seen on its contemporary, the Aston Martin DB4 – compared to which today the Flaminia is an absolute bargain.

The green logbook for this particular model records the original registration date as 27th June 1963 with the registration number V33. The last entry is some ten years later and during that time, the car had 8 owners, including the Earl of Chichester. The paperwork then picks up the story in 1990 since when, there have been a further 4 owners. Over this period, Lancia specialist, Omicron, came to know the car well. In 2009, the car was stripped down and corrosion to the front subframe and various body panels was addressed followed by a partial respray. Various other trim and mechanical works were also carried out. Total costs were around £17,500.

The new owner requested a full restoration to be carried out which has now been completed, and the car now resides in its new home in Ireland.