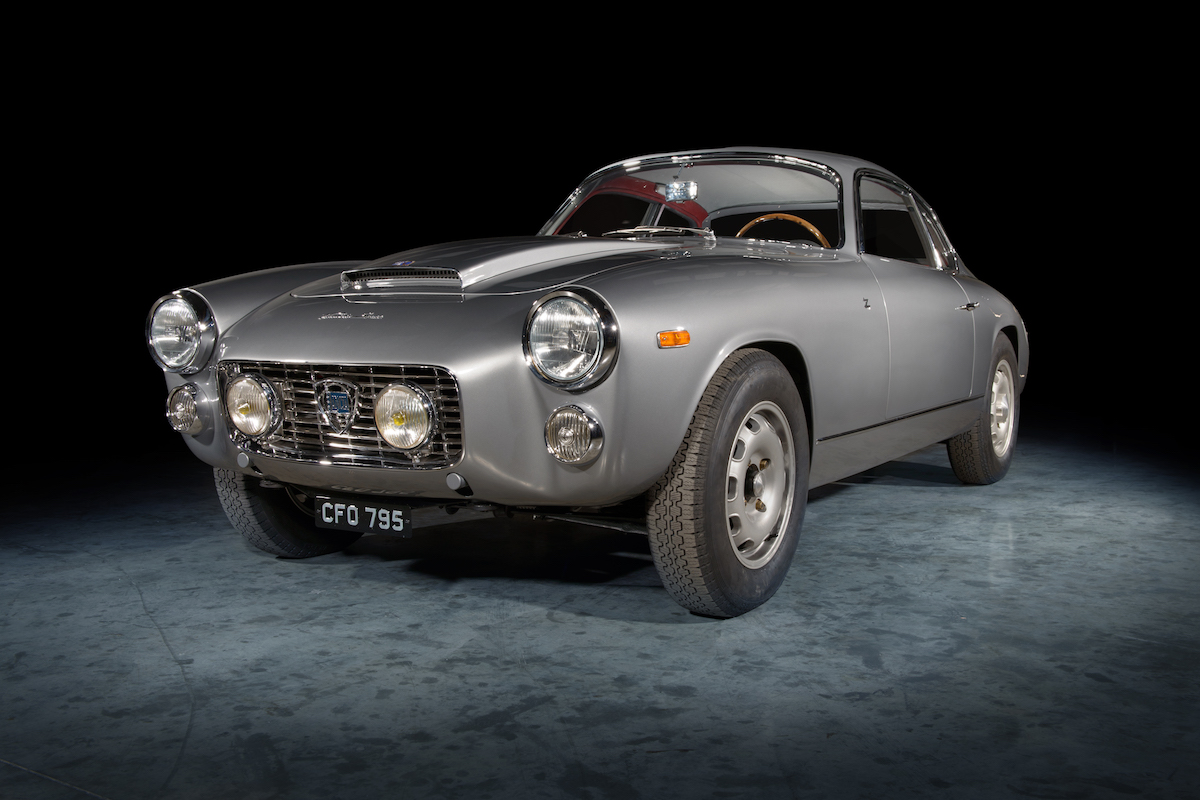 The Lancia Flaminia was in production from 1957 right up to 1970, with over 12,500 cars sold, and it was positioned at the top of the Lancia range. Various models were produced, using coachbuilders including Pininfarina and Touring to produce Saloon, Coupe and Convertible versions.

Much rarer was the coach-built Flaminia Zagato.  These were built with light alloy bodies in very small numbers from the early 1959 to 1967 by the Milanese carrozzeria.  Each has the double bubble roofline, made famous by Zagato.  Some refer to it as the “mini 250 SWB”…and with the bumpers removed it certainly has a resemblance.

We were asked by a customer if we could find one of these rare and beautiful cars – so we did. One of 152 built of the 3C 2.5 litre variant, it is very original and has an amazing ownership history – one owner since 1969. It came through our workshops for an initial overhaul, including upgrading the disc brakes, a full service and MOT.  The lucky owner drove the car for a few weeks, and having got to know the car, instructed us to carry out a through restoration. This includes a bare metal repaint, a full retrim in Connolly leather, and an engine rebuild with the aim of extracting a few more horsepower…

We removed the delicate aluminium skins from the steel frame and chassis and everything was completely stripped. Unfortunately both had suffered the ravages of time. The car was covered in a significant amount of filler – and in places fibreglass. We addressed the steel corrosion, and  commissioned 3D engineers to scan our other Zagato, from which a buck was produced. This enabled us to make new, or repair existing skins for this, or indeed any, Flaminia Sport Zagato.

The owner had also decided that he wants more power to make the most of the perfect weight balance. So we found a Supersport engine and transaxle whichwas rebuilt and fitted to this car. The Supersport is a 2.8 triple carb set up with a bore of 85mm and larger Webers than the Sport engine.

We rebuilt and recommissioned all the mechanical sub-assemblies, and the owner decided to have Zagato style front seats made and upholstered (we produce these in-house). The car was thenn painted in a shade very close to ‘Grigio Auteuil’, an original colour for this model.

Separately we sourced some Campagnolo style wheels which, apart from providing a sportier look, allowed us to source modern 15” radials. This wheel and tyre combination should provide a more modern ride to the car, which is planned for serious road use, including continental trips – in true GT style.