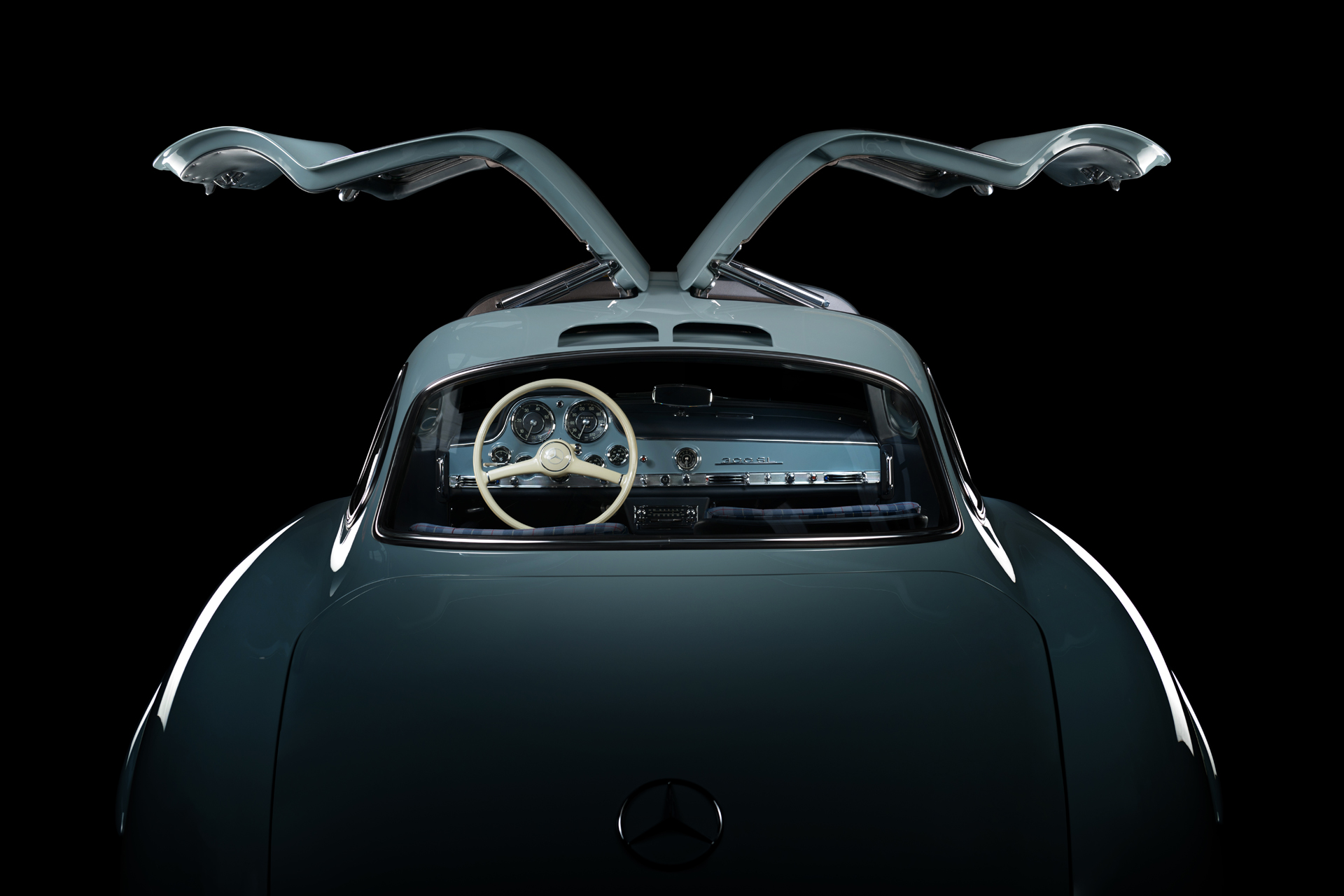 Today one of the most sought-after collector cars in the world, Mercedes-Benz made the decision to develop a sports-racing car in 1952. Meetings ensued between Nallinger and Uhlenhaut, and later also Franz Roller, Alfred Neubauer, and racers Hermann Lang and Karl Kling. And so the basic parameters for the car were laid out – use of the engine, transmission, suspension and steering from the existing 300 luxury saloon, to be clothed in a new chassis frame, newly-designed body and new wheels and brakes etc. The result would be a new Sport Leicht, type designation W 194.

The story of the development of the early competition cars, setbacks and triumphs in competition, and development of the road cars the following year, are well-documented elsewhere. ‘Our’ car is a very late model, February 1957, and both we and the owner were intrigued by the combination of Coupe bodywork and Roadster front and rear lamps. As our client is only the third owner, he was interested to find out if perhaps this car was a special order ‘hybrid’ (by early 1957 300SL production was heavily weighted towards the Roadster). A full strip down suggested a more mundane truth. The car has suffered light, but significant accident damage, both front and rear, and so it is likely that repairs were made with Roadster panels. Perhaps we will never be sure – we are continuing to research the car’s history.

Nevertheless, the decision has been taken to return the car to original specification, although all of us feel the vertical headlamp front end is pretty cool. Once stripped and dipped, the chassis was revealed to be in exceptionally good condition, with the steel bodywork inevitably needing some attention.

Following a lengthy and detailed restoration, the car is now complete and was exhibited at the Salon Prive’ Concours d’Elegance at Blenheim Palace in September 2016. It has now been shipped back to Canada and reunited with its owners.