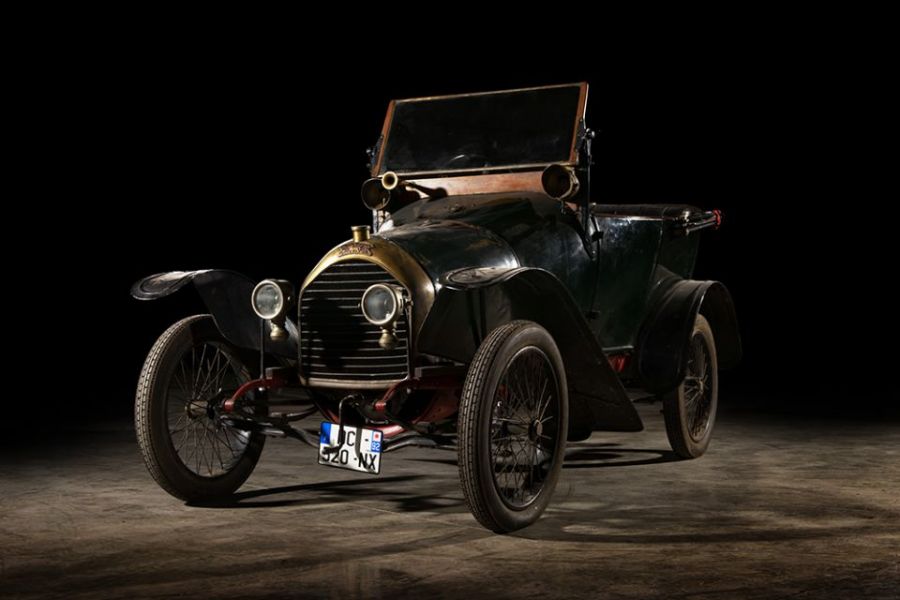 The original Bébé Type 69 was presented at the Paris Motor Show in 1904 and stole the show as a modern and robust creation that was cheap, small, and practical. It weighed 350 kilograms (770 lb) and was 2.7 metres (110 in) long. These tiny dimensions meant that its small engine could propel it to 40 kilometres per hour (25 mph). Though the selling price was deliberately kept as low as possible, technologies like rack and pinion steering and a driveshaft instead of a chain were included in the vehicle. Production began in Audincourt in 1905, and the car proved to be popular. Bébé sold 400 units in the first year, or 80% of Peugeot’s production. It was also exported, particularly to Britain. The Type 69 was sold until 1912.

The Type BP1 Bébé was a design by Ettore Bugatti, initially for the German car firm Wanderer, then also built under license by Peugeot for the French market. Peugeot displayed it under their marque at the Paris Motor Show in 1912. Production began in 1913 following discontinuation of the Type 69. Wanderer built their car with Bugatti’s own 4-speed transmission, but in order to keep production costs down for the French version, Peugeot fitted a 2-speed gearbox initially, which was then replaced by their own 3-speed. The engine was also Peugeot’s own, a tiny straight-4 that produced 10 horsepower (7.5 kW) at 2000 rpm, which gave the small car a top speed of 60 kilometres per hour (37 mph). Weight was again below 350 kilograms (770 lb), though the track was wide enough for two to sit abreast. Bébé scored some racing success among small car classes, notably at Mont Ventoux in 1913, where it won in its class.

This model ran until 1916. Advertising promoted its qualities as an economy product, in one case highlighting the comparison with more conventional transport in the case of a rural doctor, needing to cover approximately 40 kilometers (25 miles) per day, for whom a Bébé would replace a team of two horses, while costing no more than one of them.

With a total of 3,095 produced, and despite the dire economic conditions created by the war, the Bugatti-designed Bébé was the first production Peugeot to breach the 3,000 units threshold.

This Peugeot Bébé Type BP1 was produced in 1913 and recently purchased and imported by the owner from France. We collected the car from Paris in March and brought it back to our workshops where we are now in the process of restoring this little gem to its original and authentic specification. The customer wishes to maintain as much originality as possible but wants the car to be ‘mechanically competent’ so we will repair whatever is necessary to ensure it drives well but keep its originality intact. Although the car has had extensive work in the past, it does require a significant amount of mechanical repair, including the sourcing and replacing of original parts.