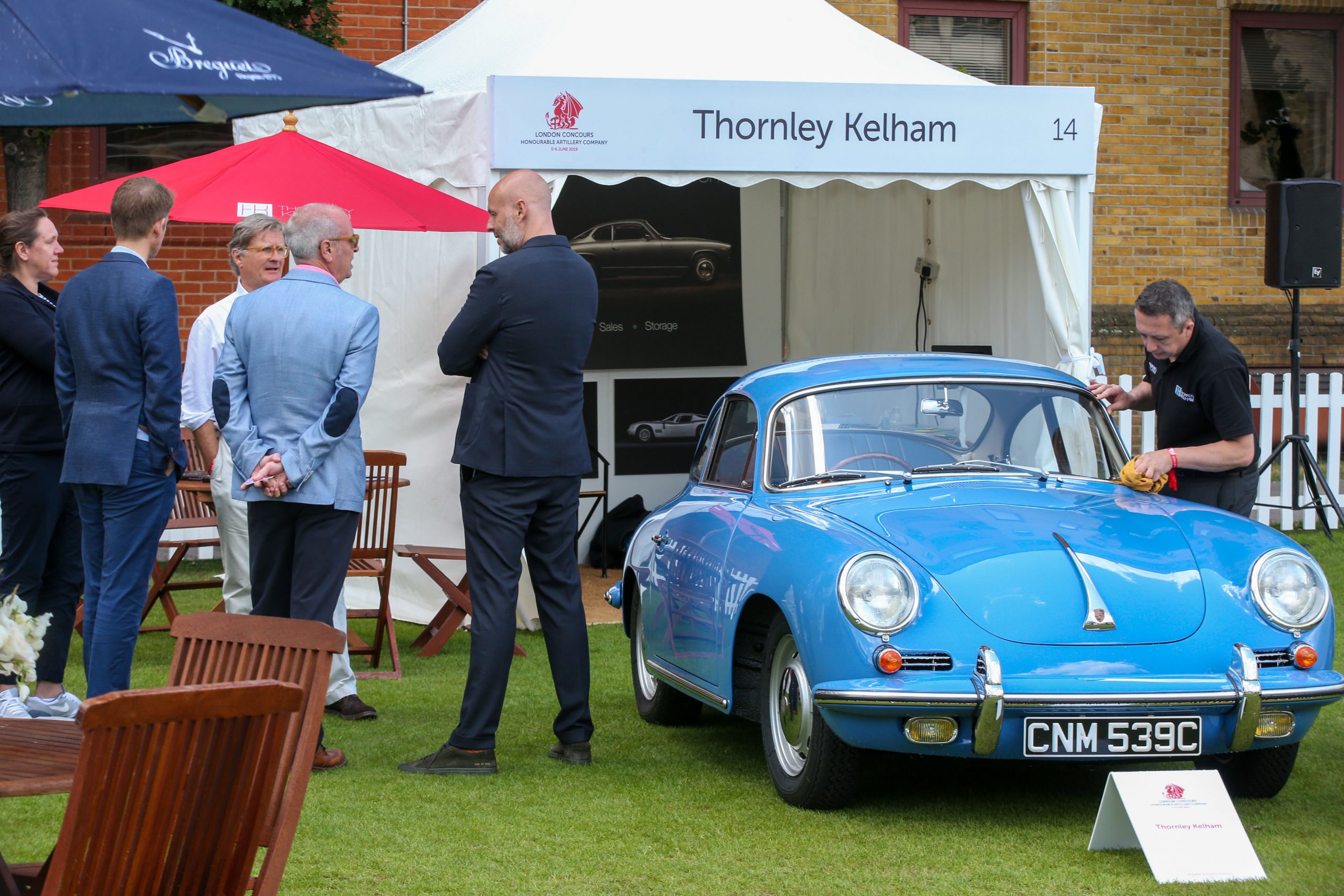 This SC is a genuine, AFN delivered, right hand drive car, built in the spring of 1964 and eventually UK registered in January 1965. By this time, Porsche were recording extensive details of the original equipment supplied with their cars, all listed on the warranty document or “Kardex”, and this car is fully matching in all respects; engine, gearbox, right down to the number of the original service book. It has had fewer than 5 owners since new, was once owned by David Hardcastle, an editor at Motor Magazine in the 70’s, and has a fully documented mileage and service record going back to an early engine rebuild by legendary VW specialists Monaco Motors of London in 1968. It retains its original jack, tools and owner’s manual.

The 356 SC model benefits from disc brakes all round and the most powerful pushrod engine (95bhp) that Porsche would produce for the 356. Once properly sorted and accurately set up, they remain an every day useable car, capable of travelling great distances in reliability and comfort. However, great as they are, compared to UK manufactured cars of the 1960s they were extremely expensive for UK buyers, and as such only a handful were made for the UK market; not all of which survive today – thought to be less than 10. Given this rarity and the stunning early colour of this example, a decision was made to fully restore the car with a view to using it for the next twenty to thirty years for the fast, comfortable road touring, as originally intended by the factory.

Thornley Kelham therefore stripped the car completely to a bare shell, checked it on a jig for straightness, and then mounted it on a rotisserie. We then spent nearly 750 hours repairing the (inevitably) corroded bodywork with panels made by hand in house, as we were not happy with the shape and fit of aftermarket items. In order to ensure an exact colour match for the stunning blue paintwork, we protected an area of original paint under the dashtop and matched to that. We also managed to mask up and retain the original finish to the engine bay. Brakes, suspension, instruments, lamps, chrome and rubbers were stripped, rebuilt and/or refinished to correct original specification. The lovely original blue upholstery was retained apart from a new headlining and partial carpet replacement. Nearly 2000 hours have been spent on returning this car to its former glory, ready for decades of reliable – and fun – driving pleasure.