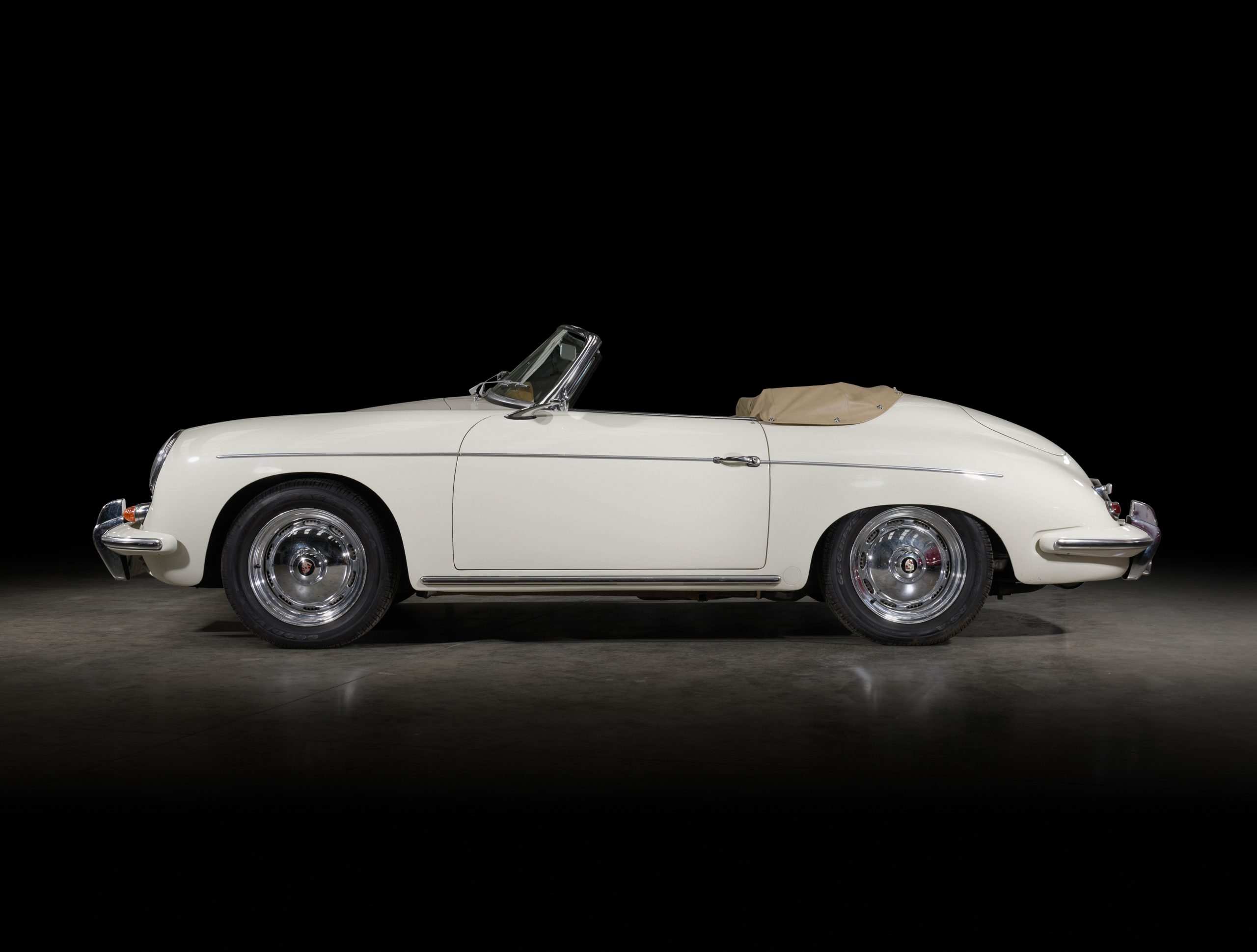 The current (fifth) owner undertook a complete, concours-level restoration with Thornley Kelham immediately after purchasing the car in May 2018. Recognising both its rarity (only 2,649 S90 roadsters were built) and its potential, no expense is being spared in returning this car to its authentic specification – but with a slightly hotter engine. Investigation had shown that the current engine, although correct in appearance and details, lacked any number stampings on the engine cases, suggesting that at some time new cases may have been purchased for an engine rebuild. This was not uncommon with Super 90 engines, which were known to suffer from crankshaft alignment problems. Nevertheless the engine had the correct S90 cylinder heads and carburettors, and the chassis number and other details correspond with an original Super 90 car.

The 356 Roadster is the spiritual successor to the fabled Speedster, production of which ended in August 1958. This was immediately followed by the Convertible ‘D’, of which 1330 were built, for one model year only,. The Roadster, still with removable windscreen, sleek and sporty bodywork, but a ‘proper’ hood, more luxurious interior and wind up windows, then continued through 1962. The Speedster v. Roadster debate is never-ending, but the latter is clearly a more practical and usable car. The Speedster has won the style and value battle, but many prefer the comfort and durability of the Roadster.

Thornley Kelham stripped this car back to a bare shell, and were encouraged to find that less than 400 hours of metalwork repairs were needed. The 356 is a complex car to restore; rotten examples can require 1000 – 1200 hours of metalwork repairs alone. The relatively rare colour combination of Heron Grey paintwork with a red interior is clearly a winner, the only diversion from original being red leather upholstery rather than leatherette. The car is being rewired (to 12 Volts) and all instruments, fixtures and fittings restored correctly.

The Super 90 engine has been rebuilt in house, and upgraded with a counter-balanced crankshaft, ‘Big Bore’ (1770cc) Shasta pistons and liners, Carillo rods and a performance camshaft. We are hoping for 115bhp+: at least 25bhp higher than the original S90 produced. The car is now complete and has since been shown at the London Concours.