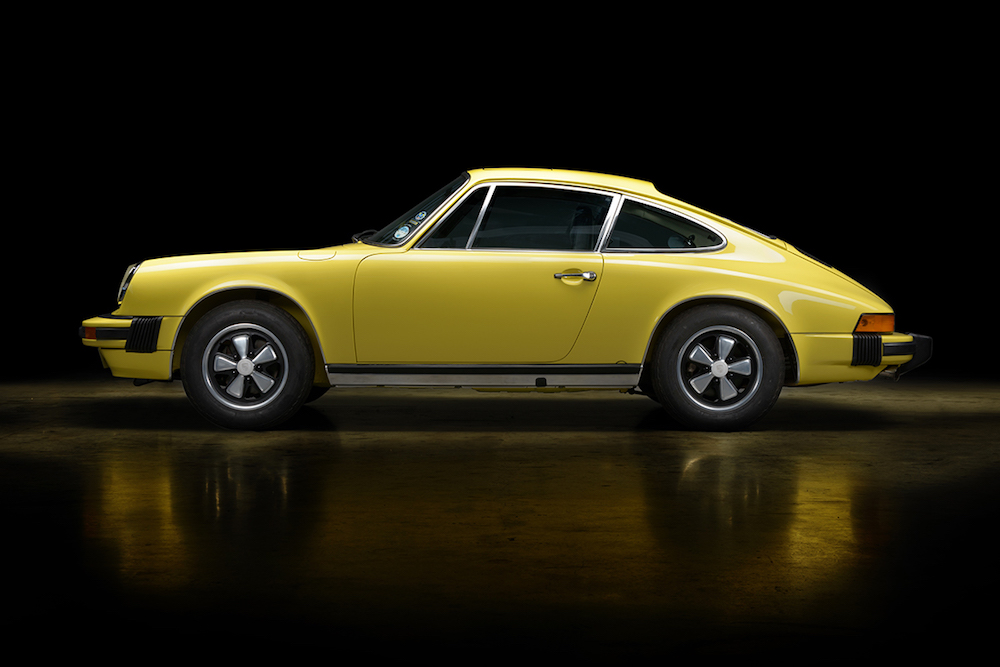 The Porsche 911 has been in production since 1963 at Porsche AG in Stuttgart, Germany. It has a distinctive design with a rear-engine and independent rear suspension, an evolution of the swing axle on the Porsche 356. The 911 was developed as a much more powerful, larger, more comfortable replacement for the Porsche 356, the company’s first model and since its introduction, it has undergone continuous development, though the basic concept has remained little changed.

Throughout its lifetime, the 911 has been modified by private teams and by the factory itself for racing, rallying and other forms of automotive competition. It is among the most successful competition cars ever. In the mid-1970s, naturally aspirated 911 Carrera RSRs won major world championship sports car races such as Targa Florio, Daytona, Sebring and Nürburgring, even against prototypes. The 911-derived 935 turbo also won the coveted 24 Hours of Le Mans in 1979.

Porsche launched the “G-Model” 911 for 1974MY with the first major revisions to its appearance. Main exterior differences were the introduction of “impact bumpers”, shorter bonnet and a Porsche scripted rear reflective panel. The main interior feature was the introduction of new seats with integrated headrests, the basic design for which would be used on all Porsche models for the next two decades.

This particular car is a 1976MY “narrow rear arch” UK Spec 911 in period “light yellow” body colour and blue/black tweed trim. All models built from the summer of 1975 received full body galvanization and can be easily identified by the electrically adjustable and heated “elephant ear” door mirror.

This car has its complete history and was purchased by the existing owner in 1990. It has been used sparingly since that time with less that 4000 dry weather miles accumulated. Whilst original, (although not in perfect condition), the owner decided to embark on its restoration with the aim of retaining as close to “ex-factory condition” as was financially viable. The owner researched and visited many of the widely recognised “marque specialists” before approaching Thornley Kelham with the request to take on this program of work.

This extremely original Porsche 911 has had a total bare metal repaint in its original yellow body colour, with some localised metalwork to its genuine Porsche panels. We have retained as many of its original features as possible including the original door jamb homologation sticker and the preservation/restoration of the underbody has been carried out meticulously, as per the request of its fastidious and passionate owner.

Completion of this project coincided with the car reaching its 40th anniversary (it was first registered in October 1975 when inflation was running at 20% plus!) and 25 years of ownership, both worthy of celebration.