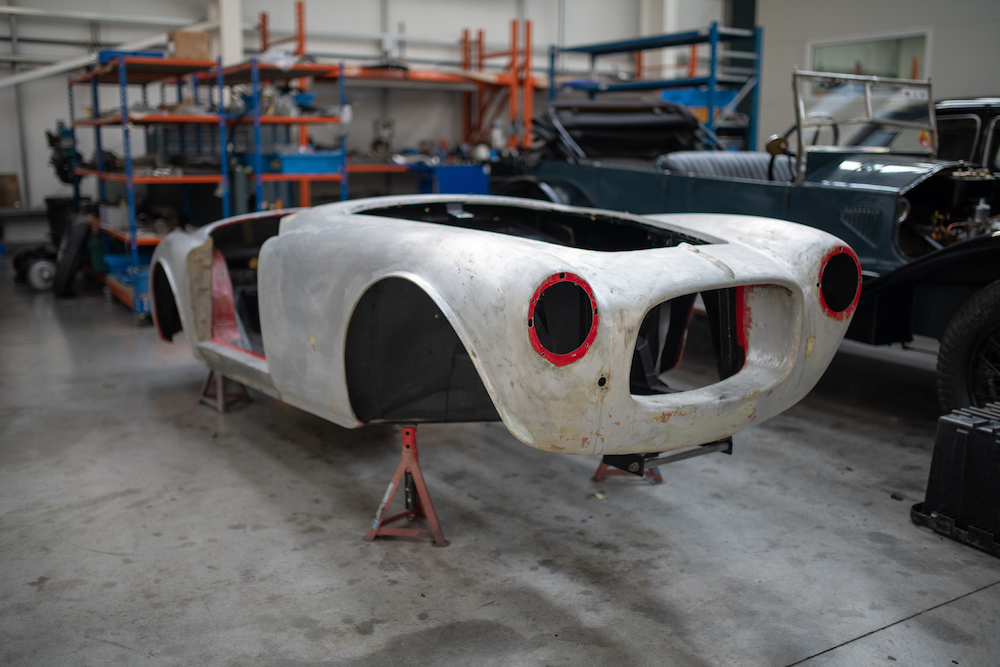 Chassis number ST418BC is the 18th of around 40 examples bodied by Bertone and, according to the Italian car register, was originally owned by racing enthusiast, Bob McNeal and occasionally raced by Ron Hunter.

In 1985, it underwent a full restoration by Jarl de Boer, one of the world’s foremost experts on Siatas. As well as mechanical and race prep, the restoration included a repaint in Rosso, a change from the riginal British Racing Green.

It is currently fitted with a 1,100cc Fiat engine that is stamped the same as the chassis. It is believed that several such spiders were fitted with these engines at the factory, so it may well be the car’s original engine. The car is also accompanied by a period Crossley engine, which must have been fitted at some point, and may also have once been the car’s original engine.

The car remained in climate-controlled storage for 30 years before being acquired by our customer. It is currently undergoing a full restoration, coincidentally alongside another Siata 300BC!