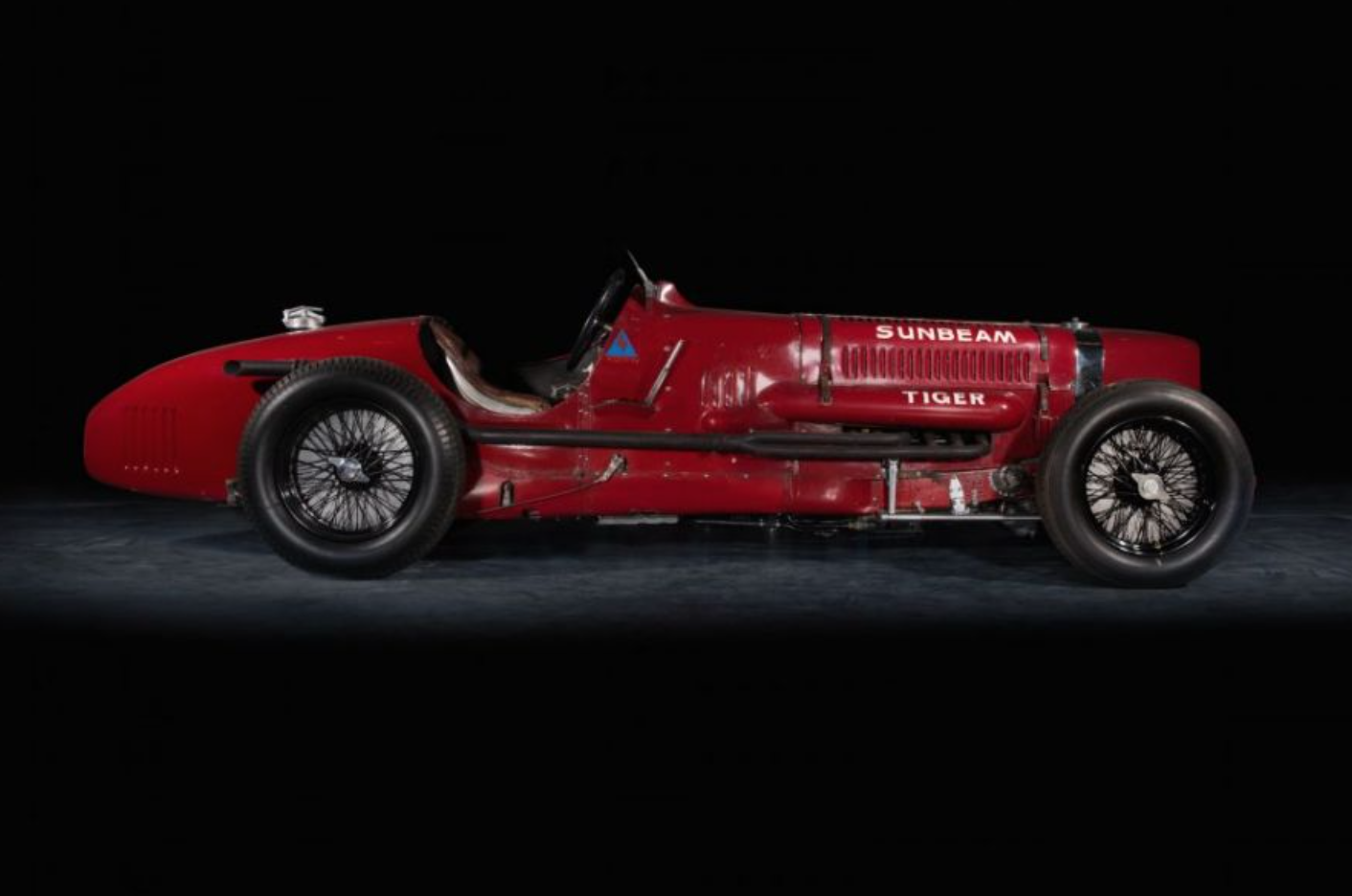 This incredibly historic car, a 1925 Sunbeam ‘Tiger’ is famous for breaking the Land Speed Record in 1926, previously held by Malcolm Campbell in 1925 in his world-renowned  ‘Bluebird.’ This record of 150.76 mph was broken the following year by this extraordinary 4ltr V12 Sunbeam ‘Tiger’.

In the 1920s and 1930s, Southport Sands was second only to the prestigious Brooklands Motor racing circuit and many famous names competed in the races regularly held on the beach.

In 1926, Major Henry Segrave returned to the beach to contest the Land Speed Record, then standing at 150.76 mph and held by Malcolm Campbell in his ‘Bluebird’. The vehicle he used was a V12 car built for him by the Sunbeam Motor Company, and originally called ‘Ladybird’ but later renamed ‘Tiger”. An article in the Southport Visitor graphically describes the event :

“In April 1926 Henry Segrave set a new world land speed record of 153.308 mph on Southport Sands. The car held its speed for the kilometer but after this distance had been passed his speed reduced considerably because the car hit a bump which threw the car 10″ into the air. The car travelled 48’ through the air but was only off the ground for 1/8th of a second during which time the engine revved up. There were three sharp explosions.”

During the attempt to beat the record the roughness of the beach managed to crack 6 supercharger housings!

We are delighted to have been entrusted with this fabulous car, which has had an external bare-metal repaint.

Fresh from the Thornley Kelham workshops following a full, bare metal repaint, Sir Henry Segrave’s Sunbeam Tiger returned to Ainsdale Beach in Southport on March 16th  2016 to commemorate 90 years since it originally broke the Land Speed Record on March 16, 1926, hitting a top speed of 152.33mph. The former WW1 fighter pilot specially designed the car which had a 4ltr V12 engine, and took his British built Sunbeam Tiger to the beach in an effort to beat the world land speed record, which at that time was held by Sir Donald Campbell.

The 2016 event was part of a week-long celebration of Southport’s involvement with the pioneers of motor racing. The bright red, four-litre Sunbeam Tiger, which hasn’t been seen in public since 2007, was joined on the sands by at least 20 other vehicles driven by members of the Sunbeam Talbot Darracq Register Vintage Car Club, all built before 1935.

Malcolm Page drove the historic car during the reenactment, although he did not attempt to recreate the top speed! The car completed its run successfully and was supported throughout the event by Wayne and Paul Woodward from Thornley Kelham.